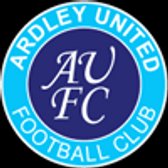 The first game at Alfredian Park since the North Leigh FA Trophy game at the end of October saw Wantage put on a stylish performance to chalk up their third pre-season victory on the bounce.

Ben Lodge returned to the side after an impressive performance against Shrivenham a fortnight ago, and again caught the eye as he bagged the opening goal in the 9th minute, cutting in from the right wing to fire home.

And Lodge claimed an assist for the second goal ten minutes before the break, swinging in a corner for Sam Hartley to powerfully head past the visiting keeper.

Wantage were playing some great football with Ardley hardly getting a look in; it wasn’t until the 71st minute that they managed to get a shot on target through substitute and former Wantage player Kaylem Patterson.

Patterson also called debutant keeper Felix Davies into making what was his only real save of the game in the closing minutes.

Overall an impressive display from Wantage who dominated for the vast majority of the game and were comfortable winners.

Next up is a sterner test for Wantage when Southern League Premier Division side Swindon Supermarine are the visitors on Tuesday, 7.30 pm kick-off.