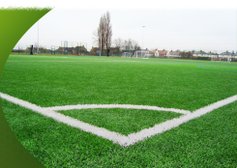 A series of personal thoughts from the side of the pitch.

Well peeps it’s here at last, The World Cup from uptown DOHA. Now regular readers of these ditties will know my feelings towards those that currently have run world football and those that have done so in the past. Well, if you didn’t believe me, I suggest you put aside some time between games and go to Netflix and watch FIFA the story. There are 5 episodes of about an hour in length. They cover FIFA’s story from when Sir Stanley ROUSE underestimated the power and I suggest the corruption of those outside Europe and he lost his re-election as FIFA President 50 years ago.

The history and the known facts are laid out by the programme. You are left to be the jury and decide if FIFA is just a totally corrupt organisation. Sepp LADDER is a dominant character. I would suggest that that man could make a fortune giving talks on how to control any organisation and maximise your own profit. Perhaps as a side-line he could run courses on how to tell lies and be convincing.

Sepp has been acquitted of the charges against him recently in Switzerland, so what does he do? No, he doesn’t quietly disappear into the background and spend his time counting his savings. He publicly says giving QATAR the World Cup was a mistake. Really? This man has more front than Tescos.

The Netflix programmes clearly demonstrate that he was the person pushing for Russia and Qatar to have the World Cup. Qatar will be FIFA’s most lucrative tournament ever. The prize money is suspected to be in the region of $440 million dollars. That means if England get knocked out in the first stage the English and for that matter the Welsh FAs will receive $10.5 million dollars which includes $1.5 million n travel costs. Who says it’s not about the money?

Of course, there is all the political rows about participation of countries like Iran taking part because of their alleged supply of weapons to Russia in the Ukrainian war. Then there’s the building of the Stadiums and the deaths that have occurred to construction workers many from Nepal and that area. Then of course there’s the authoritarian rule of Qatar. Strict laws concerning showing of public affection and drinking. Mind you at an average of £15 a pint, I don’t think drinking will be a major problem.

The total revenue is expected to be in the region $4.7 billion in 2022. Over half of this is generated by TV broadcast rights. It is rumoured that the BBC/ITV joint deal for showing the World Cup has cost them £80 million. 3 of the main sponsors are Coca Cola, Visa and Adidas, who have all released statements about sexual orientation. None of them mentioned anything about being sick in the mind as the Qatar representative did, So everything’s alright then because everyone is going to make “Loads of money”.