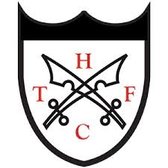 Next up - Hanwell Town home on Saturday.

Midweek results leave all to play for on Saturday. Promotion and relegation issues still to be settled with Ware having a part to play.

Aylesbury United lifted themselves clear of relegation worries but sank Leighton into trouble with their 2-1 win in Bedfordshire on Tuesday but Leighton recovered two days later to beat North Greenford 3-2. With Hanwell beating Uxbridge 1-0 on the same evening the final relegation place is now between them and Leighton.

Hanwell are one point better off than Leighton who travel to Chalfont St Peter on Saturday. They will have a difficult job there but Hanwell can't take chances so will need a win at Ware to be sure of avoiding a relegation spot.

Helping them in that task could be former Ware man Tyler Christian-Law who came on as a sub in Thursday's win over Uxbridge, Hanwell's first win in their 15 games since mid-February.

Meanwhile Ware could be without Josh Oyibo and Marcus Rose who were both injured in the 3-1 defeat at Royston on Tuesday.

It was Royston who won again on Thursday with a 3-2 success at Aylesbury, their third goal coming from yet another penalty. They move into second place behind Kings Langley but are on equal points with Egham who they entertain on Saturday.

At the very least the result between these two will influence who they draw in the play-off semi-finals but if Kings Langley lose or draw at Petersfield the winner at Royston will be champions and gain automatic promotion.

The final places in the play-offs are now between St Ives and AFC Rushden & Diamonds. What order they finish in will depend on how they do on Saturday with AFC at home to Godalming and Saints, already a point better off than Diamonds, away to bottom club North Greenford.