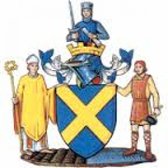 There were plenty of names from last season's successful campaign on show in this game but the three highest scorers have all departed. With Albert Adu having been trialling with the Saints (though not in this match), Dave Cowley has returned to Stowmarket and Brandon Adams is at Royston Town.

There again Calum Kitscha, Harry Norman, Gareth Madden, Kardan Campbell, Leigh Rose, Jordon Watson and Ben Hart all started with Louis Rose, Tom Bruno and Andrew Bennett on the bench. Apart from Patrick Adamson, a left back from Cheshunt and centre back Tom Boxer previously with Mildenhall and Potters Bar, a number of trialists were also in evidence as Paul Halsey seeks to plug the gaps left by the departures.

St Albans took a two goal lead from corners but Ware pulled back to parity with goals from Ben Hart and Gareth Madden before the visitors got their third.