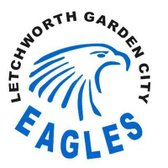 Ware move into the second round of the Charity Shield.

The score line reflects the gap between Step 4 and Step 7 with Ware running out comfortable winners against a side expected to do well in the county league this season. Blues move on to host St Margaretsbury in the quarter final which is scheduled for the last week of November.

Once again Paul Halsey took the chance to give squad players a chance to shine plus recent signings Dave Kendall, Ahmed Abdulla and Joshua Willams, of whom the last two both scored. So there was a fair amount of experience on the field for Ware but between the posts was another member of the youth set up, 17-year-old Cameron Raghip getting his debut.

Calum Kitscha was being rested but Ethan Gannon, last Tuesday's keeper and youngest ever goalkeeper, was apparently injured so unable to get a second call up. Still, the youth teams seem to be a good source of replacements so there was little to be concerned about. Raghip was beaten but only the once when Josh Bronti broke through for the Eagles with a Ware defence caught looking for an offside decision.

By then the home side were already two goals to the good with Liam Hope's 4th minute opener setting Ware on the right track to avoid a cup upset before a neat passing move twelve minutes later ended with Ahmed Abdulla getting a first goal since his return to the club.

After Bronti reduced the deficit on 27 minutes it was Joshua Williams who opened his Ware account in spectacular fashion three minutes later, tricking his way through the Eagles defence before burying a left foot shot.

He opened them up again near the 40 minute mark only for his shot to be saved but there was Hope to score from the rebound before Williams completed his brace from a Williams Danquah cross just before the break.

Ten minutes into the second half Tom Bruno was brought off the bench and soon made his mark by feeding Tobi Adekunle with a long pass that the wide man ran onto before drilling home. Bruno then completed the scoring five minutes after that, shooting home from 25 yards.

Ware's unbeaten start to the season now stretches to 13 games. Whether that is something the superstitious should be worried about will be tested on Saturday when another Hertfordshire side, Potters Bar, come to Wodson Park in the FA Cup.