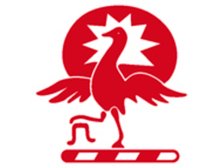 Ware are taking a liking to the Charity Shield. After scoring seven goals in the previous round they had made it six in this one to take a five goal lead come the hour mark. The visitors pulled two back before the end but Ware's place in the semi-final was not in doubt. They entertain the winners of Harpenden versus London Colney who meet next Tuesday.

Whilst some wondered how Kyle Roberts might feel about playing against his old side and how he might fair, he was left on the bench. Instead Josh Williams' performance caught the eye as he scored a hat trick starting just nine minutes into the game. Ware's liking for the Charity Shield is probably best expressed by the young midfielder who has now scored five of his team's thirteen goals in the competition.

The other goals were spread between three players. Liam Hope's midway through the first half made it 2-0 and elevated him to Ware's top scorer this season. Kardan Campbell scored on 41 minutes at the end of a hectic 90 second period which had seen the visitors pull one back through Jermaine Nicholson on 39 minutes before Williams cancelled that out a minute later with his second of the half.

Louis Rose then made it 5-1 just before the break. It was his third goal in two matches. Williams completed his hat trick on sixty minutes leaving St Margaretsbury to pull two back through Aiden Reed's 72nd minute penalty and Alie Bangura's shot on 83 minutes.

Although there were some regulars absent from Ware's starting line up Kyle Roberts did get his chance to come on just past the hour mark as did Tobi Adekunle. Hopefully he is clear of the hamstring problem collected in the win over Northwood. At the back Sam Butler made his competitive debut for Ware between the sticks.

Elsewhere, league results went well for Ware. With Tooting losing their second home game in three days and Uxbridge losing at Northwood, Ware have moved up to fourth equal in the table. The fly in the ointment is Chipstead's unexpected draw at Hanwell. Chipstead visit Ware this Saturday.