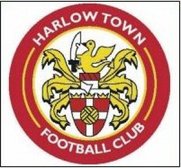 Ware fail to make hay while the sun shines.

Ware will want to forget this game after dominating the early exchanges on an almost balmy November afternoon of bright, almost blinding, sunlight. They might have scored significantly more than the one goal they did get but lost their way under the second half floodlights against a Harlow side willing to battle for a result.

Harlow’s artificial surface, re-laid in the summer to an inconsistent surface, has caused mutterings amongst some clubs at least one of whom has blamed a defeat on it. There could be no such excuses for Ware who simply failed to maintain their first half rhythm.

Once again, they were without Richard Bryan, Dan Rumens and Renée Howe all nursing knocks that are in various stages of recovery. Tom Bruno was also rested though he did appear from the substitutes bench in the second half when Paul Halsey sought to change things as Ware struggled to get back in the game.

Liam Hope, now part of the coaching staff, also came on in the second half for his third appearance of the season. It was also his 99th overall though if or when he will reach a century is hard to say. Still, with the league leaders coming to Wodson Park next Saturday and injuries lurking in the background, who knows.

Meanwhile Blues’ favourite Dave Kendall was in the crowd leading some to predict his return to the team as Ware leaked two goals. One came in time added on at the end of the first half when a defensive error allowed Samson Maagbe in on Fred Burbidge and he made no mistake from close range.

Harlow’s second came seven minutes after the break when an attack was not properly dealt with and the ball was cleared just beyond the penalty area. It was picked up by Kane Phillip who wasted no time in driving it into the roof of Burbidge’s net.

Not that Harlow will mind but that killed the game from a Ware point of view and for a long time they rarely seemed to have anything to offer in return. As a result, Harlow might have added to their score but for two good saves by Burbidge, first from Maagbe who was set free after the Ware defence was wrong footed by a deflection and later from Terrell Egbri.

By contrast Ware just couldn’t apply enough pressure of the right kind leading to frustration that was all the worse because they had been so much better in the first half.

Back then they had been on top from the start, moving the ball around well and keeping most of the play in the Harlow half. Two early shots were steered away by timely blocks before the 13th minute saw a goal mouth scramble that seemed destined to produce a goal until it too was cleared.

Ware had their reward after 17 minutes when Joel Jacobs’ free kick from outside the Harlow area cleared the defensive wall and found the top corner of Melvin Minter’s goal. After that all looked well and as Ware applied cruise control Josh Williams perfect cross from the right found Liam Dulson in free space. Somehow Ware’s top scorer headed wide of a seemingly empty net.

Another chance went begging five minutes before Maagbe’s equaliser when a good ball opened up the Harlow defence to both Jack Vasey and Williams. It needed only to be converted yet both players hesitated perhaps expecting the other to take the goal. The moment was gone and the chance gone.

The game ended on a sour note with a prolonged delay after a Jacobs’ tackle caused ructions on the pitch. Referee Mr David, who had been lenient through most of the match in an effort to keep the game moving, was left with no option but to issue a flurry of yellow cards.