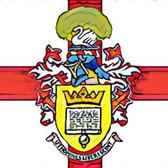 Frendo returns to provide assist for final goal as Ware record back to back wins.

Ware's new surface continues to provide the conditions for fast and exciting football. In the first half though it was Egham who provided the majority of the entertainment and they would have considered themselves ill-served at half time by a 1-0 score line in favour of the home side.

That Ware were ahead was thanks to another accurate free kick from Dave Cowley after just six minutes that fell to Louis Rose. With no serious challenge from the Egham defence he headed home for his first goal for the club.

It was a similar start to the one in midweek when an early goal had signalled a comfortable run to three points against previously unbeaten Marlow. Yet third from bottom Egham were having none of it and five minutes later were bringing a good save from Anthony Page who was going to be the more occupied of the two keepers through the first half.

For much of the time Egham were starting their attacks by feeding right back Joshua Andrew who then played a dual attacking role with the right sided Sean McCormack putting the Ware defence under stress again and again. Billy Baird held firm and was supported by his colleagues but it was a close run thing with Baird and captain Gareth Madden testing referee Mr Stewart's leniency with tackles that might have seen another referee produce a card.

During this time Ware were often reliant on breakaways with one on fifteen minutes ending with the ball in the net from Albert Adu but an offside flag cut short the celebrations.

At the other end Egham should surely have equalised on 26 minutes when the ball was rolled across the Ware goal mouth with no-one able to put a foot to it before it was returned for a shot that was somehow blocked at close range.

Page was back in action later in the half as he turned a fierce shot onto a post and away for a corner. Egham continued to press with Ware reliant on stout defence before a couple of chances might have brought them a goal. First Ben Hart's cross saw Leigh Rose just denied with a header before Rose later took the ball round the keeper but ran out of space to pull the ball back to a colleague.

The second half was only five minutes old when Egham scored their equaliser after a fierce shot skidded off the surface and Page failed to hold it. The rebound fell to Kezie Ibe who made no mistake with his close range shot.

At this stage it looked entirely possible for Egham to go on and win the game but Ware regrouped and were back in the lead five minutes later. Another free kick from the right reached the area and with the visiting defence unable to clear Madden rose highest to nod the ball into the net.

After this the game was much more even with both sides having chances. Egham might have had another equaliser as the hour mark approached but Page was out of his goal with a smart stop before, with twenty minutes left, Ware could have increased their lead. Josh Oyibo's cross was met by Adu who drove his header inches over the bar.

Ware did get a third goal and made the game safe with five minutes of normal time left. John Frendo, off the bench for his 191st appearance for the club, took the ball past two defenders before pulling it back to Cowley whose first shot was blocked before he made sure the second time around.