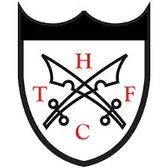 Hanwell extended their unbeaten away run to eight games as Wodson Park witnessed another close encounter; an entertaining game not without incident. There were chances for both sides to have won it, more so for Ware after the visitors were reduced to ten men when Daniel Julienne picked up his second yellow card.

At this point there were a little under 20 minutes to play and with the scores already level Ware began to apply pressure. Yet not unlike the opening 20 or more minutes when they had the majority of possession Blues failed to make a significant breakthrough.

Not that the opening spell didn't produce a goal when good build up play after 14 minutes ended with the ball at Charlie Yexley's feet just outside the Hanwell area. He saw the opportunity to play it through to Brandon Adams and the striker needed no second chance. He slid his shot past visiting keeper Aaron Bufton to give Ware their first goal from open play in four games against Hanwell.

For a while it looked as though the home side could push on to establish a commanding lead as their approach work continued to open up the Hanwell defence. Chances and half chances came and went however and the visitors gained more confidence. Soon the Ware defence was called into action more often with Tom Collins, scorer of a hat trick in the away game, pulling the strings for Hanwell.

After one attack Gareth Madden had to leave the field for a cut eye to be bandaged but his return didn't last long. With blood freely running from the wound he went off permanently five minutes before half time.

Ware reorganised with Kardan Campbell dropping to the back four and Leigh Rose coming off the bench to replace him in midfield. None of this disruption did anything to help Ware recover their earlier momentum.

The half time break seemed to have made a difference though and within a minute Albert Adu was on to a through ball just in time to slip it past Bufton. It looked to be going in until a defender arrived to hook it away from in front of the line.

Barely two minutes later the visitors had their equaliser but only after a long discussion between the referee and his assistant. Harry Rush's shot appeared to have hit Calum Kitscha's left post and rebounded safely into the keeper's hands.

Hanwell's players were adamant that it had gone in. It was not unlike the situation when Bedfont "scored" against Ware four weeks earlier only on this occasion the referee was persuaded, and it has to be said correctly, that it was a legitimate goal. Ware may have to take a look at the diagonal stanchions immediately behind each post as they seem to be the cause of these confusing incidents.

Ware's response was a Charlie Yexley header against the bar before Ben Hart scooped the rebound over but on the hour it was the visitors who took the lead. The ball broke to Harvey Killeen in the Ware area and Kitscha had no chance with his low shot into the net.

Immediately after Ware looked a little shell shocked but fears that they might be caught out again disappeared within just three minutes. Adam's well judged cross from the left found Dave Cowley in the six yard box and he made no mistake with his equaliser.

After Hanwell went down to ten men Ware added more fire strike power by bringing on Jordon Watson at the expense of Ben Hart. There was an element of throwing caution to the wind as Yexley then took over Hart's role on the right using the available space to go forward whilst inevitably leaving a gap at the back.

Yexley was certainly troublesome and in one attack was brought down on the edge of the Hanwell area. The referee correctly turned down appeals for a penalty but didn't improve his standing with those supporters still angry with the apparent about face over Hanwell's first goal by not even giving a free kick.

Instead Ware had to engineer a different opening two minutes from the end of normal time when Williams Danquah combined with Cowley for the latter to cross into the Hanwell area. Adams was there and it seemed he must score but somehow Bufton turned his shot past the post.

The result leaves Ware keeping pace with the leading group in the division though they will need do more to capitalise on their periods of ascendancy in matches. Meanwhile there are some difficult games in the offing starting with Tuesday's local derby at Hertford. At least Madden seems pretty confident of being available thanks in part to the prompt arrival of the NHS to stitch his cut.