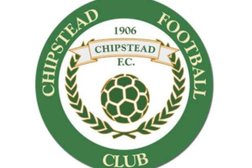 Ware inch closer to the play-offs despite below par performance.

Whilst both teams had their periods of ascendancy, Ware failed to properly get to grips with this game in the first half. Instead it was the home side who made the break through with little more than five minutes before the break.

A long, high ball into the Ware area bounced awkwardly and left Williams Danquah to duel for possession with the home side's Sam Bell. Bell used his size and weight to shift Danquah out of the way before turning to shoot home at Calum Kitscha's near post.

Ware might have lost the game after that as Chipstead, buoyed by what was a well taken goal, sought to double their lead. They applied pressure and it needed a good save from Kitscha to prevent another goal in the one minute of added time.

Before that the teams had cancelled each other out with both having periods when they looked to be on top and yet unable to penetrate the defences. This was hopeful for Ware as Gareth Madden had been left on the bench, his swollen knee only to be tested if absolutely necessary. Louis Rose, returning from his own injury, took Madden's place and the captain's arm band to no obvious detriment.

It was Rose's brother Leigh who had the first shot of the game on ten minutes. After the ball was cleared from one Ware attack it fell to him outside the area. His quick return though was wide enough for 'keeper Taye Ashby-Hammond not to trouble himself with more than a trot to retrieve the ball.

However, this did signal Ware's first significant period with the upper hand although a reliance on high balls into the home area looked unlikely to pay off as Chipstead were quick to outnumber the attackers. The best chance came from Tom Bruno's free kick just before the half hour mark but Albert Adu's header was over the bar.

Chipstead came back into contention after that with Izzy Bademosi's fast breaks down the left beginning to cause Ware problems. The visitors seemed to be holding out under increased pressure with Kitscha making a couple of notable saves until Bell's goal.

Things needed to change in the second half and they did if not in the way expected. Ware came out looking to make a difference and won two corners almost immediately but it was too early to assess the significance of this.

Yet, as the ball was cleared from the second corner Tom Bruno robbed Josh Gallagher with a strong but seemingly fair tackle. Gallagher felt otherwise and took out his frustration on Bruno holding him down and possibly kicking out. The referee, much closer to the incident than those watching from the side, had seen enough to wield a red card.

This may have been good news for Ware but Mr Green also produced a yellow for Leigh Rose. Given that the Blues had heeded the warning to avoid over reaction in these situations it was a little hard to take. Rose later asserted that he had done no more than hold players back from any involvement which did seem to be the case. In any event he had little more than ten minutes left after a collision with Bruno left him unable to continue.

Initially Ware failed to make the most of their man advantage and it certainly seemed that Chipstead were capable of defending the one goal lead. That all changed in the space of 60 seconds midway through the half.

A defence splitting pass from Bruno found Brandon Adams out on the right. His cross into the area eluded the home defence and there was Dave Cowley, stooping low to head the equaliser.

The game had hardly restarted before the ball was laid back to Chipstead's Dean Hamlin on the edge of his area. Somehow he lost control and allowed Adams possession. The Ware man then bore down on goal and slipped the ball past Ashby-Hammond to give his side the lead.

Ten minutes later the game was effectively won. Charlie Yexley's runs up the right had been looking more and more effective. This time his cross into the box caused a scramble in the six yard area with the ball looping across the face of goal. Ashby-Hammond got a hand to it but could do no more than deflect it to Adams who had the easiest task of heading into the net.

With nothing to lose Chipstead started to gamble on pushing their men forward and on another day it might have paid off with a goal but Ware held out to claim the points and a ninth away win of the season. Other results went their way too and there is now a two-point gap between them and the teams behind whilst the distance to fifth placed Westfield has been halved.