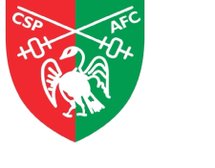 Two goals each for Adu and Cowley as Ware gain further ground in race for the play-offs.

Ware's win took them to within a point of the play-offs but it was hard work against a Chalfont side that never gave up especially as they mounted a come back in the second half. As a result the score doesn't do them justice especially after a goal in the second half when they pushed hard to get something out of the game.

In the end however the difference between the teams seemed to be that Ware's attacks were more incisive. Applying most of the pressure for Chalfont were the wide men Michael Kalu and Keaton August ably prompted from midfield by Adam Morris but their side's first half chances were limited to August's shot against the Ware woodwork.

In what became a model for much of this game early Chalfont pressure seemed to have Ware on the back foot but it was Jack Daveney who had the first shot of the game after five minutes. After that both teams searched for consistency and an opening but it was Ware who had the best chances.

First Brandon Adams' cross saw Dave Cowley head for goal from close range but Michael Power-Simpson was equal to it and pushed the ball over the bar. Adams then made a good run between two defenders but his low shot was gathered by the keeper before Cowley and Williams Danquah combined to put Adams in a position to shoot home but from an offside position.

The break through came after 30 minutes when a back pass was played to Power-Simpson's stronger right side though he appeared to be expecting it to his left. He turned to recover and twisted an ankle in what was already a hopeless task allowing Albert Adu to run in for an easy goal, thumping the ball into the back of an unguarded net.

Three minutes later it was 2-0 as Danquah's diagonal ball was crossed into the six yard box by Bradley Fraser and Cowley headed home after the visiting defence allowed the ball through to him.

The safety cushion of a three goal lead that would come in handy in the second half was completed after 42 minutes. A long ball up field found Adu judging his run to perfection and leaving two defenders in his wake. The number nine slipped the ball through to Adams who pulled it back from the by line and there was Cowley to head home at the near post from what seemed no more than three feet off the ground.

Ware were guilty of relaxing into the cushion after the break as Chalfont continued to work hard and pulled a goal back on 58 minutes. The home side had had a warning a minute earlier when a rasping shot from August went over the bar but it was Kalu who then drove the ball beyond Calum Kitscha's dive to reduce the arrears.

Ware struggled for a while after that goal and it was now that Chalfont needed greater composure. A second goal might have had Ware teetering but it never came. Paul Halsey brought on his substitutes to try to alter things but with no great effect though Adams headed over from a Cowley cross before Jordon Watson brought a snap save out of Power-Simpson with twenty minutes to go.

In the end it was an added time goal that put a gloss on Ware's performance. Watson was again involved shielding the ball in the area before laying it back to Adu whose shot from 18 yards found the corner of the goal with the keeper well beaten.

Beyond the result Ware could feel pleased that Gareth Madden had another game off to allow more recuperation for his injured knee whilst Charlie Yexley stood aside for George Casey to have his first full game. So three points garnered, a new man tested and an injured one rested. Just as well perhaps with a tough fixture at Bracknell next up.