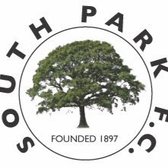 Ware have Hope for the future as they return to the top of the table.

Ware's line up for this match was identical to that for the previous Saturday's encounter even down to the substitutes. In the circumstances it may not have been any surprise that the 3-2 winning score seven days before was repeated but the win came in a quite different way.

Late goals nearly robbed them of victory in that game against Bedfont Sports but it was Liam Hope's 93rd minute strike that sealed the points for Ware this time. As Blues struggled at times to contain a resurgent South Park who had come from two down to level the scores and seize the momentum a ball out to the right found Ware's leading scorer. Hope brought it closer to goal but still let fly from distance and a narrow angle to leave Craig Bradshaw grasping at air.

It was a great goal both in execution and effect as it reinstated Ware as table toppers but was out of character with much of the rest of a game that had failed to rise to any heights. Instead both sides suffered bad luck and turns of fate as they worked hard to take the points.

Ware had started well enough and as early as the second minute Tom Bruno's corner found Albert Adu shooting just wide on the turn. Alaa Oujdi was then free on the left under suspicion of offside but it came to nothing before a minute later Josh Williams, played on side by a slow moving defender, advanced on goal leaving Bradshaw with little choice but to come out wide to block him. The momentary chance to exploit an open goal was not taken.

By the quarter hour however the home side had started to come into the game and enjoyed a long period during which Ware found it difficult to get out of their own half and were too often second to the ball. On the other hand South Park moved the ball around well to find their men but Calum Kitscha was rarely troubled until Sam Remfry's shot just past the half hour came off the top of his bar with the keeper beaten.

This couldn't go on and Ware did start to initiate raids on the home goal with Bruno's corner across the face of goal some how just missing Louis Rose's boot, whilst Adu was wide with an overhead kick as his side attempted to break down a resolute defence.

A break through did come on 35 minutes after a South Park corner was cleared and Williams did well to carry the ball forward and get a cross in. It was turned away but only to be returned to Bruno on the right. His cross found Adu's head but with no great pace so the number ten underlined a good all round performance by adding sufficient power as well as direction to beat Bradshaw for the opening goal.

The home side came back looking for an equaliser but Ware were spared that and instead had to listen to a half time lecture from manager Paul Halsey. It had its effect as within three minutes of the restart it was 2-0. Ware pressed from the start and in one attack the ball bounced up in the area and struck a defender's arm to concede a penalty.

It was tough luck but there was no sympathy from Hope who put it away with ease for his first of the afternoon. Ware now searched for a killer goal and a minute later Adu hit the base of a post with Bradshaw a static observer before another Williams cross was turned back towards the penalty spot by Leigh Rose with no-one able to make the most of it.

Both sides were creating chances and if Ware looked to be fashioning the better ones South Park did bring a good save out of Kitscha on 58 minutes. Two minutes later another home attack might have been cleared but a Ware foot somehow failed to make a connection with the ball and David Fisher was quick to react and reduce the arrears.

After the scores were levelled on 72 minutes when Great Evans appeared to walk through the Ware defence before scoring easily the home side looked capable of taking all three points. That they didn't was in part due to Ware raising their game including a Bruno free kick which hit the post again with Bradshaw once more an immobile spectator. Ware were now fighting hard for possession and territory but it looked odds on a draw until that last flourish by Hope.

After the game Halsey reckoned that it was the sort of victory that teams at the top sometimes grind out. Certainly it wasn't won by pretty football a view echoed by Leigh Rose who thought that if promotion does come it would be the kind of game to look back on; a hard won victory against determined opposition.