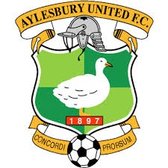 A defeat that can't just be explained away.

Ware's undefeated run in September came to an end when it was believed the players had their minds on the Kidderminster tie, defeat in which was an honourable one; exiting the league cup was an irrelevance; and departure from the FA Trophy unlucky. So what can be said of this loss which has dropped Ware out of immediate contention in the league?

Speaking after the game a disappointed Paul Halsey described the team's performance as shocking and his team as slow and showing no movement or creativity. There was a sense that the "cup run had drained us" and, in no mood for an excuse, a determination that Ware have to pull themselves out of this run.

Blues were missing Albert Adu who had a hamstring worry whilst Dan Rumens remains out of consideration until his own hamstring problem is resolved. That said there were no obvious weaknesses in a side that conceded a goal in each half before Louis Rose netted a consolation in added time at the end of the match.

Defeat drops Ware to ninth in the table and behind Aylesbury who jumped ahead of them with this win. Saturday's game at home to third-placed AFC Dunstable now has new significance and is the first league game this season in which Ware could be seen as the under dogs.