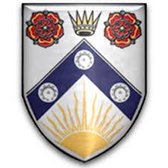 Much improved performance from Ware but Trawler Boys edge themselves into the next round of the Cup.

As is proved so often, a week is a long time in football and the previous Saturday's performance against Molesey became a distant memory as Ware took Step 3 Lowestoft to the wire in an entertaining cup tie. In the end they ran out of steam after the visitors scored the only goal of the game with 20 minutes to go.

It was enough to take the Suffolk side into the 2nd qualifying round of the FA Cup. It also kept a group of visiting fans happy as they waited on Ware station for their train home. For them it had mostly been an even game though it would be hard to argue with their view that their team ultimately deserved the win.

There would also be agreement between both sets of supporters that Billy Baird had his best game for Ware in keeping Kieran Higgs ("our most dangerous player") under control on the right. That said it was a pass from the right that found Shaun Bammant whose side footed volley with 20 minutes to go was the difference between the two sides as it beat Harry Ricketts' dive to find the back of the net.

Other than that Ricketts had had a mostly undemanding afternoon as, in all fairness, had his opposite number Elvijs Putnins. There was plenty of activity from both sides but defences tended to snuff out most of what came into the final third at each end.

Ware had started with a burst of energy but soon settled down, ultimately paying the penalty as Lowestoft started to have the better of things with Adam Smith's long range shot on 12 minutes bringing a full length save from Ricketts at the expense of a corner.

During this period Jordon Watson was an isolated figure up front for Ware with the visiting defence denying him any chance to play a holding role. After 15 minutes Dave Cowley did get a ball out to Ben Hart on the right but his cross was weak and caused no problems which rather summed Ware up at this stage.

Things started to change on 20 minutes when first a good break from a Lowestoft corner saw Cowley lay the ball off to Watson again on the right but with only Leigh Rose racing to get into the penalty area his centre went across the face of the goal and away to safety.

It was a different story five minutes later when Hart carried the ball up the right before delivering a low cross that beat Putnin but was also just beyond the incoming Watson. Maybe a pair of boots one size bigger would have made the difference and given Ware the lead. Even so they were on the up and fully deserved to be in the game come half time.

They started the second period by carrying the game to the visitors but, apart from a 55th minute corner which saw Cowley's cross slip through Putnin's hands with Albert Adu heading just wide, there was little productive from this period of Ware ascendancy.

The visitors looked a different team after their goal, playing with more confidence whilst Ware subsided. A 72nd minute attack might have brought a second goal as Ware were caught up field but Lowestoft over played their hand and the ball was eventually put out for a corner.

A late flurry saw Higgs have his one chance, hitting the home cross bar with a shot but mostly it was Ware summoning up a few final efforts. Cowley's lofted ball into the area just outran Harley Haag whilst there were two moments of pinball in front of the visitors' goal in added time. Somehow the ball was hit wide from close range and Ware's chance had gone.

It was Lowestoft's first victory over Ware in their five meetings, that and progress in the FA Cup doubtless left those visiting fans with enough to sustain them as they awaited a difficult return journey via Broxbourne, Cambridge and Norwich.