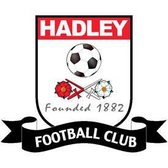 Paul Halsey's immediate response to this defeat was to offer his apologies to Ware's supporters, particularly those who made the journey to Brickfield Lane. The colour in his cheeks may have been from embarrassment at losing to a Step 5 club or more likely from frustration at the way his players had performed, perhaps a bit of both.

In truth this result was always on the cards. A club from a lower league will normally pull out a strong performance against a higher placed one and if their opponents rest players of the calibre of Albert Adu, Harry Norman, Ben Hart and Leigh Rose it can be a pretty even contest.

This is not to make excuses for Ware's performance. The players drafted in (which included debutant Brett O'Connor) should be good enough and in reality Ware probably had the edge in the first half - Louis Rose had the ball in the net only for an offside flag to be raised.

The second half started in a similar way but it was the home side that broke the deadlock just over ten minutes after the restart. Alfie Bartram was on the end of a ball in from the Hadley left and whilst still outside the penalty area, with Anthony Page apparently rooted to one side of his goal, shot powerfully and accurately into what looked like an unguarded part of the goal.

Halsey gave his starting eleven eight more minutes to find an equaliser before bringing on John Frendo and Frazer John, another player making his first team debut, to liven things up. There was no immediate sign of a difference though Frazer John showed promise with a good run down the left.

Ware did, however, pretty much lay siege to the Hadley goal during the last quarter of an hour but found the home defence always in the right place to block shots and headers. Never more so than with almost the last kick of the game when Frendo shot from close range. It's not clear if Karl Beaumont in the home goal knew much about it but his body was in the way and the ball, having seemingly been destined for the net, spun away for a corner.

At this point the referee blew for time and Josh Oyibo's frustration at his team not being allowed time to take the corner boiled over ending in the referee wielding two yellow cards in quick succession.