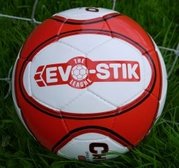 By The Wire The Wire
1 February 2011
Share via
FacebookTwitter
https://www.pitchero.com/clubs

"The decision was taken to help alleviate the fixture congestion existing in that Division that has arisen due to a combination of factors including the bad weather, the inflexibility with County Cups in its geographical area and, of course, the additional games faced by that Division due to it being a 23 club Division."

"All nine games postponed on Saturday 29th January will now be played on 29th April which will become the final day of the league season in that Division and two other games from midweek dates will make up a complete fixture list. With the Royal Wedding scheduled for 11.00am all games will kick off at the same time of 3.00pm."

"The First Division North Play-Off semi-finals will now take place on Bank Holiday Monday, 2nd May with the play-off Final on Thursday 5th May."

"There will be no such extension for either the Premier Division or the First Division South at this point in time."

Given the above statement, Warrington Town will now travel to Radcliffe Borough for the final league game of the season on Friday 29th April 2011 with a 3:00pm kick off.