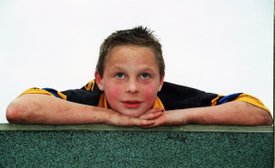 SHOULD WEST CUMBRIA BE PUSHING FOR A SUPER LEAGUE TEAM

Whitehaven coach Gary Hewer hopes the dream of launching a Super League club in west Cumbria has been given fresh impetus by the county’s RL Nines success at Headingley.

Gary HewerHewer was in joint charge of the Cumbria side, combining Whitehaven and Workington Town players, that pulled off shock wins over Super League clubs Castleford and Wakefield on Tuesday night before losing to Warrington Wolves in the final.

And he believes the time is right to spark a fresh debate on bringing top-flight rugby to the area.

Hewer said: “We proved this week that the talent is within our grasp and we need now to look seriously at Super League.

“It needs to happen for the future of rugby league in this area. We showed what our players could do against strong opposition.”

The issue is close to Hewer’s heart as he pioneered Haven successful scholarship scheme.

The programme produced a string of first-team players while a handful, including Liam McAvoy and Jarrad Stewart, went on to join Super League outfits.

“We are in a hotbed of rugby league and Super League clubs come in and take our best,” added Haven’s assistant coach.

“If the players are capable of playing at that level, that’s fine. Ryan Shaw and Glenn Riley are Cumbrians who were playing for Warrington against us in the final.

“But they are the type of players who could stay in the county if we had a Super League franchise.”

Hewer is prepared to leave the detail of a Super League licence bid to others, though he believes the inaugural Nines competition, played over four weekly rounds before the final, proved a point.

“Whitehaven and Workington worked really hard to put a team out. We proved we could do it,” he added.

Workington coach Gary Charlton, who joined Hewer on the sideline in Leeds, was slightly more cautious over what Cumbria’s fine effort could lead to in the longer term.

“We’ll have to wait and see,” he said. “But if our lads continued to play like that, there’s no reason why Cumbria couldn’t push for a place somewhere in the structure.

“Put them in to a full-time environment and some would be really good players.”