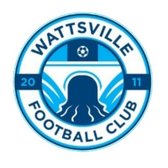 The club was originally to be named Jubilee after a venue in Wattsville before the preferable Wattsville FC was chosen. The club was founded by former Ynysddu Welfare Crusaders players Steven Prosser and Shane Bowen in the summer of 2011. A somewhat controversial decision, differences in opinions over how the then local football club (Ynysddu Welfare Crusaders) was being run and managed led to Wattsville F.C being formed. This created an instant Rivalry between the clubs splitting the community and evidently many players left Ynysddu to join Wattsville.
The 1st team was managed by Mark Roberts for the first few seasons before the current management team of Liam Davies & Matthew Harrhy took over enjoying lots of success in the past 4 years. Both are former players of Wattsville each captaining the side before serious injuries ended there playing days.
The club is a committee run club; all members are current or past players all under the age of 36. The club Chairman Steven Prosser (32 years old), Club Secretary Shane Bowen (32 years old) and First Team Manager Liam Davies (28 years old) epitomise a modern approach to running the club.
Wattsville started in the bottom tier of the North Gwent district, the North Gwent first division for the 2011/12 season finishing runners up to Ebbw Vale Town gaining promotion into the North Gwent Premier.
The next two seasons would be consolidating ones both ending in mid table finishes however a reserve senior side was established entering the North Gwent Reserve division.
The following season was very successful with the 1st team being crowned 2014/15 North Gwent Premier Champions scoring 135 goals and a positive goal difference of 103. This granted promotion into the Gwent County set up (Division 3). The Ville took more honours that season winning the Tom Perkins league cup with a 2-1 win over league rivals Fields park the final played on Tredegar towns pitch. Top goal scorer Alex Bonthron scoring the winner that day taking his tally to 55 from just 33 games, but there was also heart break losing a semi-final to old rivals Ebbw vale town to halt any hopes of the lucrative treble.
The promotion to the Gwent County standard required substantial improvements to our ground (Wattsville playing fields) for acceptance which were fully funded and completed by members of the club.
The first season in Gwent county brought unexpected success gaining another promotion after finishing 2015/16 runners up to the excellent Villa Dino Christchurch in Gwent County division 3. This was back to back promotions with that years Gwent county top goal scorer Alex Bonthron hitting a further 52 goals in 32 games. This promotion also rewarded Wattsville with the chance to face up our fierce rivals Ynysddu Welfare who competed in the 2nd division.
The 2016/17 season was a poor one by previous standards finishing 10th in Gwent County 2, the loss of Bonthron in January leaving to challenge himself in the Welsh league div 2 with Abergavenny Town being a notable loss.
In 2017/18 Wattsville challenged for the division 2 title before narrowly missing out to local rivals Ynysddu, a 2nd place finish however was enough to seal a fourth promotion in six seasons to the top division in Gwent county next season. The return of all time Wattsville FC goal scorer Alex Bonthron was crucial smashing 51 goals in 27 games to add to his already outstanding goals record for the club.
Share via
FacebookTwitter
https://www.pitchero.com/clubs
Recent news