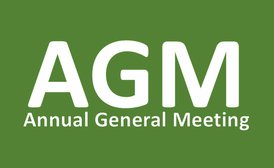 All teams are expected to be represented as vital information for the 2019 / 2020 Season will be given out during the meeting.

Following the stepping down of the current Club Secretary, the club is looking for nominations for a replacement. Nominations for interested parties should be emailed to the clubs Secretary at secretary@wealdstoneyouthfc.co.uk. All nominations must be received at least 7 days before the meeting.

Other Committee Roles that will be voted on during the meeting are:

Nominations for these roles are also welcome and should be emailed to secretary@wealdstoneyouthfc.co.uk at least 7 days ahead of the meeting and will also be voted on during the meeting.

Share via
FacebookTwitter
https://www.pitchero.com/clubs
Recent news
This is a past event
2 members attending