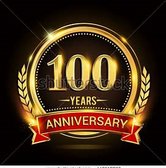 2019 marks the 100th Anniversary of Weirs Cricket Club. It's shaping up to be a special season.

The Club has received a big boost just before the start of the season from the Sponsorship team from the Claims Team and will play the season as Claims Team Weirs. The Saturday 1st XI and 2nd XI will again play in the First Division and Second Division of the WDCU. On Sundays, a development team will play in the Sunday League. The Club will also take part in the Scottish Cup, Rowan Cup, McCulloch Cup, Western Cup, Greenwood Trophy and will enter two teams in the Evening League. Here's hoping that the club can mark the Centenary by picking up a trophy or two.

As well as these competitive fixtures the Club will have a glamourous Centenary game against MCC on 28th July. There will also be a game against the XL Club.

The season gets underway on Saturday 20th April with a friendly against Stenhousemuir. Hopefully the weather will warm up a bit between now and then.