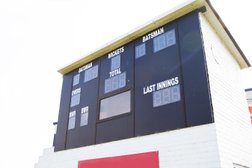 The 1st XI went down to defeat in Dumfries but there was a good win for the 2nd XI.

Weirs headed down to the south west for a top-of-the-table clash against Dumfries. The home side batted first and Weirs would have felt quite good to have restricted them to 149 all out. Mo Ali took 4 wickets for Weirs while Alan Davidson topped scored with 41 for the hosts.

But Weirs struggled in response against some very tight Dumfries bowling. Other than skipper Zulfi Shahid with 30 no on could really get in. Davidson capped off a fine all round performance with 6 wickets for just 21 and Weirs were bowled out for just 93.

Weirs remain in 2nd place in the table however and are still in with a good chance of promotion.

The game on Sunday against the XL Club almost matched the World Cup Final for drama, ending in a tie.