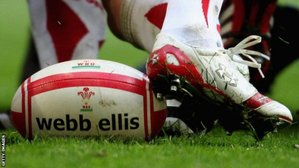 The Welsh Rugby Union (WRU) has outlined plans to bring back community rugby competitions in August.

Rugby below the professional level was suspended in March 2020 because of Covid-19.

The senior 15-a-side competitions for male and female senior players will be played under modified laws to reduce contact in the scrum and maul from August to December.

Those competitions for senior men begin on 7 August.

This will follow six weeks of club v club sevens and 10-a-side rugby beginning on 14 June, following two weeks when clubs can choose to play 15-a-side friendly matches under the agreed modified laws from 24 July.

The female cup competitions will kick off in September.

The tournaments will take the form of pool rounds based around local geography, followed by an open knock-out phase.

In the men's game there will be an Indigo Group Premiership Cup and Championship Cup along with a Plate, Bowl and Shield for National League clubs.

Next season, only players who are 18 on August 31, 2021, will be able participate in youth rugby which in Wales has normally involved players competing at this level for three years from 16 to 19.

"We want to encourage as many male and female players as possible of all ages and abilities to return to enjoying the game of rugby," said WRU community director Geraint John.

"We believe the format of these 15-a-side competitions, along with the forthcoming seven and 10-a-side competitive block, will help achieve that, while progressing towards league rugby.

"We have all missed competitive rugby and along with coaching support, the modified laws for all formats minimise close contact initially, and help us to work towards full-contact rugby safely."

The WRU is working towards the return of league competition in 2022.

"We are thrilled to be able to announce these plans as we move further towards returning to the full game safely," added WRU chairman Rob Butcher.

"We felt that the structure of these competitions, and the modified laws will provide a meaningful framework for participation in the grassroots game.

"As we look forward to matches at this level, it's important that Welsh Government guidelines and our rugby values remain at the heart of everything we do."