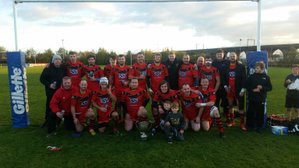 The Bears are looking to appoint a New Head Coach.

The position of head coach to the very successful West Bank 1st team has become available. Guided by long serving coach Richard Hughes the team has been crowned Champions of the North West Men's League twice in the last three years and are current Widnes Cup holders.

After over 15 years in the post Ricky has stepped down and with the recruitment of several new players and the return of some stalwarts has the left the nucleus of a squad with the ability to emulate their predecessors.

Potential candidates can apply in confidence to the Chairman (Paul Farrell) through this website or on 07882963354.