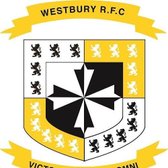 1975
Jon Whittock appointed to P E Dept. at Matravers, bringing tremendous enthusiasm and expertise. The school is soon able to hold its own with most other teams in the area.

Winter 1979-1980
Mark Knott & Jon Whittock decide to try to start a club in the town. Touring local pubs, looking for ex-school players and placing articles in the local papers.

February 1980
Meeting held at The Oak Inn, with a turnout of about 20. Enthusiasm is such that training starts almost at once and fixtures sought for the end of season.

Sept/Oct 1980
First nine games lost! However the season later picked up and enthusiasm increased with move to Leighton Sportsground.

1981 to 1983
Quiet, but solid consolidation, with a Second XV sometimes being fielded. During one very poor run the Club Motto was suggested – Victoria Non Est Omni (Winning is not everything).

Nov 1984
Under the inspiration of Craig Hibbert, a Colts team plays its first game versus Frome (lost) but Craig and those Colts were the start of the real rise of the Club over the next few seasons.

May 1987
After a long and often heated discussion it was agreed at the AGM to enter Dorset & Wilts Cup during the next season.

1988
First season in league resulted in immediate promotion. It included the defeat of Bridport by 101-0

Late eighties/early nineties
The Club promoted and demoted between the Second and Third divisions. Great strides were made in junior department, inspired by Keith Figes, also under the careful guidance of long serving Treasurer, Colin Green the clubs finances were set on very firm foundations.

1992/93
Paul Couzens and Ron Jones began their great efforts for the Club and great strides were made in the general organisation of the Club as well as on the field.

1995/96
Westbury promoted to the First Division for the first time. Reached the Fifth Round of the NPI Junior Cup.

1996/97
Promoted to the Southern Counties League among emotional scenes at Aldermaston.

1997/98
Found very tough going and lost all league matches but the experience was invaluable. The Dorset & Wilts Knock out Shield was won for the first time and won the Tennents Floodlit Trophy competition at Salisbury.

March 1998
The Club ended the season with a successful tour to Ghent. (The first playing tour abroad).

2002/04
The Club were back in Southern Counties for two seasons but were relegated to Division one at the end of the 2003/04 season.

The 25th Anniversary Dinner was held in “The Venue” in Centre parcs, Warminster . Guests of Honour were the Founders of the Club, Mark Knott and Jon Whittock. Special guest was Arthur Bowden, the President of Dorset & Wilts RFU.

2006
Allen Turner and Paul Couzens regrouped the older supporters (Coffin Dodgers) into a single unit to support the club and help with fund raising. Starting with a
weekend in Exeter to watch the Chiefs.