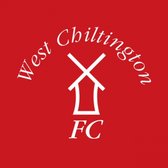 After the previous week's very poor performance in the cup, Chilt were back in league action against a strong Newtown Villa side. Chilt suffered a 3-2 defeat away to Villa at the beginning of October and were keen to make amends.

Newtown started the stronger team and were breaking up any Chilt attack with tactical fouling. Newtown scored with a class finish into the top corner from 18 yards out and then followed with a second after a Chilt defensive mix-up - this was to prove costly. Too many errors this season and this is costing us dear. HT.

Chilt came out a totally different team in the second half and had the majority of possession but the final ball was lacking in quality. Newtown also looked dangerous with their pace attacking line but they couldn't extend their lead. Chilt pulled one back with 15 minutes left through Jordan Peskett, who finished calmly when played in by Craig Pulling. Chilt really went for the next goal but again couldn't quite get it to secure a point.

Two losses in a month against Newtown and both were down to one decisive goal. We probably should have got a point from this game but just not enough quality in the final third.