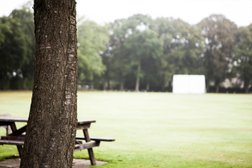 Great strides being made by our youngest team: read the match report here!!

The second games for the 2015 W-HCC U9s were played on a dry and cool morning at Cardiff CC.

Our first game was against Cardiff Blues, traditionally a very strong side. As we had a couple of players still on their way to the ground, we decided to get started and bat first. Skipper for the day Rhys M opened the batting with Alfie and did well against some very good bowling. Harry and Pheobe were next pair and defended strongly to take the W-H score to 205 at half way. Rhys G and Corey were third pair, and a 4 from Rhys and 4 wides helped the score along nicely. Ojas and Yash were last pair and although they ran some good singles, a couple of lost wickets meant we finished on 210. Rhys M got our bowling performance off to an incredible start with three wickets in the first over, and the good work was continued by Yash and then Corey. Phoebe bowled a tidy over in her first game and was followed by Harry and then there was another wicket for Alfie. Rhys G faced some very good Cardiff batters at last pair but kept it going, and the innings was closed by Ojas who took a wicket, making 5 wickets taken in all (and only two lost), a really good performance. Cardiff finished on 223, but this was a great performance by the team against fine opposition, a sure sign of the progress made since the start of the season.

Our second game was against Cardiff Red and we batted first again, with roughly the same order. Rhys M again opened with Alfie and hit some good shots, and along with some extras, got us off to a very good start. Oliver was well enough to go in second pair with Phoebe and they also ticked the score along to 218 at half way. Rhys G, paired with Corey, scored two fours in a total of 9. As expected Cardiff had saved some good bowlers for last and the pressure and a lost wicket whilst Ojas and Yash were batting meant our innings stuttered a little, reaching 223 at the end. Rhys M and Yash opened the bowling for Whitchurch followed by Corey then Phoebe, and a few good scoring shots plus some extras saw Cardiff reach 226 at half way. Ollie and Alfie were next in our very young bowling line up, both working hard in their overs. Rhys G and Ojas are developing into a fine pairing ‘at the death’ with both bowling quick and straight, with Rhys conceding just a single and Ojas a 3 and a 1. Cardiff finished on 240, but the performance was very pleasing, especially the fielding. We had a few run out chances that did not come off and a couple of sharp catches went down, but we fielded so much better than last week, with players on their toes, covering the stumps and backing up and we made the right decisions when throwing in. We sensed confidence growing!

Our final game was against Penarth B. Rhys M won the toss and we decided to bowl, a Whitchurch preference when we can. The first three overs from Rhys M, Ashlin and Yash were really excellent, with only three runs conceded. Harry worked hard as ever bowling at 4 and the Penarth score was restricted to 211 at half way. Phoebe and Corey bowled next and set things up nicely for the final two bowlers, Rhys G and Ojas, who again excelled, both bowling wicket maidens to dent the Penarth total which ended up at 214. Thus Rhys M’s decision at the toss was looking like a good one if we could just keep our heads whilst batting. Rhys M and Corey opened the innings really well, with 7 runs off the bat plus a couple of extras to build a strong platform. Phoebe and Harry batted nicely to keep us in control, with 212 at half way. Ashlin and Yash were cautious in their first over, but then some really nice shots in the second saw them take the score past the target, making it 222, meaning Rhys G and Ojas knew exactly what they needed to do: defend the good balls and hit shots where possible, which they did! Rhys G scored 8 and Ojas 5 meaning we finished on 239 for our first, very deserved, victory of the season.

Experience is being gained and the progress the team is making is there for all to see. Well done everyone! There are no games either Sunday in the half term break (24th and 31st May), but we will be training every Friday at the school, to continue the fine work done so far.