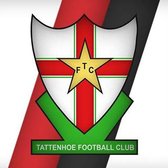 New Adventures for the Spartans

The Spartans will be playing in the Midland Junior Premier League for the 2018/19 Season, but unfortunately not under the Wing Raiders name

After the last 3 hugely successful seasons in the Milton Keynes leagues, with 3 League Division 1 titles & 2 Cup wins, the Spartans decided that in order to aid the boys development a new challenge was required. It was also felt that the boys needed a more defined route into, at least as a minimum, semi-professional football after the age of 18.

The Midland Junior Premier League or MJPL was chosen as the next challenge & in order to play in that league the team required better playing, changing & pre/post match facilities. Unfortunately the upgrade of the facilities in Wing have been delayed & will not be available in the foreseeable future. So this is not currently possible in Wing. There is also no current link with adult football after the age of 18.

Therefore with the boys now approaching 15 it is with great regret that Wing Raiders Spartans will sign off at the end of the 2017/18 Season & this site will no longer be updated.

The team would like to thank Wing Raiders JFC for all their support over the past 10 years & wish the club every success for the future. We specifically hope that the upgrade of football facilities in the village comes sooner rather than later to enable the club & village to offer football for all age groups for many years to come. If you would like information about Wing Raiders JFC then please contact them directly & we as a team would recommend them to anyone looking for a small & friendly local club.

If you wish to continue to follow the team for the 2018/19 season then please just search for the Tattenhoe FC website, Facebook, Instagram or Twitter feeds. Alternativley you can search for the Midland Junior Premier League (MJPL) sites and the 2018/19 U15 Division. The team will now be playing as Tattenhoe U15 FC.