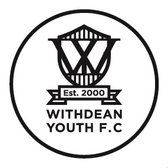 Firstly, we hope you are all safe and well.

It is at this time of year we are busily planning our club end of season day where we see all teams attend. This season we planned to have the day on 7th June (today!) to avoid the last day of the premiership and school half term. What we didn’t plan for is a pandemic that brought an immediate halt to the grassroots season and training!

So instead of the committee standing up on stage, this season lots of virtual presentations, meetings and catchup’s have been and will be taking place!

As a club we had 22 teams registered with the leagues in the 2019/20 season made up of 18 boys and 4 girl’s teams. In addition, Manuel Hoffmann continued to manage and organise our Withdean Youth Vets team. This makes us one of the largest youth football clubs in Sussex with circa 350 + players registered with us.

BOYS
Mini Soccer / Non-Competitive Group
Our 8-mini soccer / non-competitive teams (U8 to U11) got to play numerous matches during the season and we were able to host all of our homes matches apart from one ‘windy’ Sunday where the opposition teams were unable to travel. The FA rules don’t allow us to publish results for this age group, but we do enjoy regular updates from their coaches / managers in a closed private forum that we have at the club. It was great to see and hear about their season and how they were developing.

Wishing our U11’s who are stepping up to U12 competitive football next season the best of luck!

Competitive Group (U12 – U17)
We have 10 boys’ teams (U12 to U17) that play competitive football in either the Mid Sussex Youth League (MSYL) or the Sussex Sunday Youth League (SSYL).

As mentioned above, all but our U14 (SSYL) team were unable to complete their season pre-lockdown but the positions in the league give you an indication as to how they were ‘doing’.

In other news, the club and 5 Ways Soccer were pleased to announce that Noah Hoffmann (U13) was successful in his trials with Charlton Athletic FC and signed for them in January 2020. We continue to monitor his progress and wish him all the very best.

We will see a few of our U16 boys leave the club and not move to the U17 team and we wish them well for the future. Those who have been with us for the duration of their youth football will receive their long service award when their team awards are presented post lockdown.

We will also say goodbye to some of our boys’ coaches and volunteers. We are grateful for the time and commitment you have offered Withdean during your time with us. Thank you!

GIRLS
All of our girls’ teams play in the Sussex County Women & Girls Football League. They are all of the age where they play competitive matches. We had 4 girls teams this season at U12, U13, U15 and U16 age groups.

Like the boys, the girl’s season was cut short due to the UK lockdown. Traditionally, the girl’s leagues run a month or so behind the boys, so there where a few matches still to play! The final league positions as at lockdown were as follows:

In other girl’s news, we saw two ex Withdean Players successfully trial for football colleges in USA. Both Libby Ferguson (former defender) and Emily Hounsell (former goalkeeper) played for Withdean girls before moving to Lewes Ladies (Libby) and Saltdean Ladies (Emily). They hope to travel to the USA in the summer.

We will see our U16 girls depart now the season has come to an end and we wish them well for the future. Long service awards will be included in the team awards! Good luck to those moving to Saltdean Ladies!

Awards for ‘Players’ Player of the Season’ and ‘Player of the Season’ have now been submitted and all teams will announce their winners during June. Trophies are being engraved and mementoes for the season are on order. The club hopes to be able to distribute these to the boys’ and girls’ managers as soon as we take delivery.

CLUB NEWS
As usual the club would like to thank a number of people and other organisations that help make this club run smoothly and successfully.

Firstly, a massive thank you to Stuart Collier who, after many years as the Club Secretary, has stepped down from this role. Stuart has agreed to stay on the committee as our Finance Manager and will ensure that all our training and match day facilities as well as other expenditure is paid and finances (with the support of our treasurer) are kept on track. In his time as Club Secretary, Stuart has also carried out the Child Welfare role, Registrations Secretary role and girls team coach. Fabrice Retkowsky will replace Stuart as our Club Secretary. Fabrice is currently coaching one of our U12 boys’ teams and has shadowed Stuart for the past few months.

Our next thank you must go to Ben Lewis and 5 Ways Soccer (our main club sponsor). We are proud to be linked with 5 Ways Soccer and cannot thank Ben enough for his support to Withdean Youth. Ben has been on hand to help our coaches (both new and established) and has been a fantastic Head of Football. He allocates our home pitches every Monday and ensures that referees are appointed or requested.

We have an army of volunteers here at Withdean and we thank all of them for the unconditional support. This includes our Kit Manager (Kerrie), our Fixture Secretaries (Tim, Ivan, Karina & Judith), our Child Welfare Officer (Marie), our Treasurer (Chris) our Vice Chair (Danielle), our Registrations Secretary (Becky) and most importantly our Coaches & Managers.

Thank you to all those parents and local businesses who have provided team sponsorship this season as well and provided training kit etc. These include A J Taylor, CAE, Safe as Milk, Spencer & Leigh.

A mention to Matt Evans (U16 girls’ coach) and Joe McTiffen (Saltdean Ladies First Team Coach) who worked with us to provide a pathway from girl’s football (after U16) to ladies’ football. We know a number of our U16 girls who leave us at the end of the season are moving to the Development Squad at Saltdean. We will continue to promote this pathway over the coming seasons.

We must also thank Manuel Hoffmann for his continued management of our vets’ team. The team continue to play in the Withdean Youth colours, and we hope to give you more exposure to their matches and results next season.

A final thank you to all our players and parents who have played for and supported us this season.

2019/20 CLUB AWARDS
At the end of every season we announce the winners of two club awards namely the Club Person of the Year and the Team of the Year.

We usually present these on stage at our End of Season Presentation but this year we have had to announce the winner in this bulletin and via our social media feeds.

Club Person of the Year – this goes to a volunteer who not only keeps us safe with finances but has this season started his second stint as a Withdean Coach. His first stint was to coach boys and he did so until they finished a couple of seasons ago at U16. His second stint started this season with the U12 girls. Our finances are always on track which enables us to provide first class training and match day facilities and we thank him for his support as our Club Treasurer. So, this year’s Club Person of the Year is Chris Kyffin-Walton (Club Treasurer and U12 girls’ coach).

Team of the Year – with the untimely end to the season and the fact that not all of our teams were able to complete their season, we as a management committee had to consider how best to decide this award. So, in these unprecedented times, we have our first ever joint winners!

Firstly, this boys’ team have played some great football this season and at the time of lockdown had a good league position. However, their league cup journey which resulted in a place in the final was a highlight of their season despite the fact that the final never got played. So, the first of joint winners is Gareth and the U17 Boys!

Our other joint winner is a girls’ team who have not only established themselves over the past couple of seasons but also have opposition teams commenting on how positive and pleasant they are to play against. Like the U17 boys, this team achieved a good league position pre-lockdown but the highlight of their season is their County Cup run where they beat a couple of solid teams resulting in them reaching the County Cup Final (again which hasn’t been played). So, our other joint winner is Sarah and the U13 Girls!

Both will share the cup for 6 months each and we have on this rare occasion purchased a joint winner’s memento each to mark the occasion.

NEXT SEASON
We are still waiting for further guidance from the Sussex FA in relation to next season / training, but we can confirm that we have registered 25 teams for next season. That’s 20 boys and 5 girls, so an increase of 3 teams!

We also announced a few weeks ago our new partnership with Brighton Galaxy Girls Football Academy. Matt Evans from Brighton Galaxy has been coaching our U16’s girls this season and we are so excited that he will be joining the club as ‘Head of Girls football’ from next season. Ben Lewis was instrumental in getting this partnership over the line – so again thank you. We look forward to promoting our girls set up next season and support the growth of the girl’s game!

Keep an eye on our website and social media feeds.

Enjoy your summer and all stay safe.