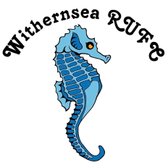 Withernsea made to work hard away at Hull University

Late Show Makes An Emphatic Result
Hull University v Withernsea RUFC
Withernsea travelled to Hull University, expecting to play on the 3G surface, as they have in recent years, but were surprised by the fact that the game was going to be on the traditional grass surface. In recent years it is hard to recall a favourable result for Withernsea at Inglemire Lane, as the University lads have invariably ended with a win, but the Merit Table and results so far this year, suggested that the Seasiders should have a good chance on this occasion.
Withernsea went with a squad of 20, unusually made up of 15 forwards and only 5 backs. Luckily, a good number of Withernsea forwards are versatile enough to drop into the backs, so the team had plenty of talent right across the team. The first 15 minutes, however, entirely belonged to the home team, with the Uni lads adapting to the gale force wind a lot better than the visitors. The home team passed the ball well and stretched the visitors’ defence, but from a sloppy pass Mike Penny intercepted and sprinted away for a long distance try.
The students were not put off by this setback and were straight back at the Withernsea defence. They were rewarded with a try from their set piece as they created an overlap too easily from a 5 metre scrum to score out wide. This success was followed by another try in quick order, again from a scrum, with the number 8 going blind and not meeting the resistance that he would have expected. The students continued to play expansively, especially considering the conditions, but Withernsea gradually worked their way back into the game as the second quarter arrived. The visitors created a few opportunities, but the last touch just wasn’t quite there, although there was enough to suggest that the second half would be more productive for the Seasiders.
Withernsea did start the second half well and were rewarded by a try from their old chestnut. After several forward drives, Al Westoby used his power to barge over from close range, with several players hanging on to him, one of whom was his son, Kurt, who helped to get him over the line. Mike Penny added to the woes of the students with an excellent chip over their back line, which he reclaimed and finished off well. Mike Penny then ended off a good move again, this time with Alex Kirk getting things going with a good pass from the back of a ruck on his return to the team.
This 20 minute blitz had moved Withernsea into a 24-12 lead and the Uni boys looked out for the count as the last quarter approached. The last 20 minutes went crazy, with the scoring seeming more like a basketball match, in which the home team refused to give in without a fight. Hull Uni scored a try to bring them back within one score, before Withernsea scored through Chris Sayers, following good ground from Kurt Westoby. The students came back again with another blind side move from a scrum, which is clearly an area for Withernsea to improve on. Following this, Dan Wardman created space out wide and went round his winger and full-back to score.
Hull Uni again refused to lie down and came back with another try to bring them back within a score at 29-36. This was the last time they scored points, though, while Withernsea were still creating opportunities. From a meaningless Uni kick, Mike Penny used his pace to go right round the outside and score his fourth try. Sam Hartland then went on a 60 metre run, having bounced through the University midfield, and was unlucky to score. Withernsea did finish the scoring, with Alex Kirk involved again as he fed Dan Wardman whose good hand-off created time for him to move Withernsea to 50 points. The conversion (Ethan Wilson’s 5th of the afternoon) left a final score of 29-52 in Withernsea’s favour, and should consolidate Withernsea’s top two place in the table with only 3 games left before the play-offs.
Share via
FacebookTwitter
https://www.pitchero.com/clubs
Recent news