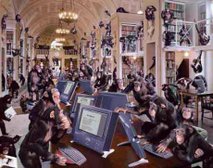 Second-half goals from Wilkins and Lawson secure first win of the season.

Having finished second in South East Men’s Division 1 Oaks last season, Woking’s 2nd XI kicked off their 22/23 campaign with a 2-0 win away against an experienced Oxted 4th XI.

With so many players competing for a place in the 1st XI, it might be a little while before the core of this group establishes itself, but the early signs are promising. Former colts Jake Tufts and George Sturgess made a positive impact on their return to the club after uni, and new joiners Kieran Pegrum-Milner and Arno Bakker impressed on their Woking debuts.

The first half saw Woking establish dominance in field position and possession, hemming Oxted in, forcing them to play almost exclusively on the break. Full-backs Pegrum Milner and skipper Giles Blackham were able to dictate the tempo of the game from the halfway line, while Tufts, Bakker and u18 Joe Rourke repeatedly forced turnovers high up the pitch.

Woking should have led at half-time when Adam Wilkins scoped the ball into the net with Oxted’s keeper prostrate, but the umpire went a little early on the whistle to blow for a penalty corner. This 2nd life seemed to shake Oxted into action, and as the half whore on, they forced a couple of penalty corners of their own. But on a dry pitch and with some ropey slip routines, these were comfortably marshalled by Max Deeley in the Woking goal, and it remained goalless going into the second half.

With fresh instructions, Woking’s forwards could better secure the ball and build sustained pressure on the Oxted goal. Jordan Blythe was making a real nuisance of himself and able to bring the likes of Sturgess and the Green brothers, Sam and Ben, into the game more. Tufts and Bakker continued to dominate the midfield, but Woking had to remain patient and vigilant at the back, with the game still tied.

Adam Wilkins finally broke the deadlock late on, slinging a drag flick low into the right corner past a disparaging dive from Oxted’s keeper, who could only parry the ball into the net.

As Oxted pressed for an equaliser, the game opened up, and the low block the home side had installed in front of their goal was starting to become more porous. Into the final ten, Woking made the game safe when Jamie Hutchin fought off a nose bleed and drove the byline, crashing the ball across the face of goal for Dylan Lawson to tap the ball in at the far post.

And so it ended; three points, a clean sheet, and no idea what happened in the rest of the league’s games as GMS’s infinite number of monkeys continue to smash away at Excel in the vain hope that they’ll accidentally get it working at some point before 2030.

Blackham said after the game, “It wasn’t perfect, but this is a group of players that haven’t had much of an opportunity to play together before. So for us to do such a professional job on a very experienced Oxted side is a great way to kick things off. It’s also given us a clear idea of what we need to work on and how we build connections across the pitch.”

The 2s take on Addiscombe at 12:30 next Saturday, so come on down to Fortress Goldsworth to show your support ahead of the first club social of the year!