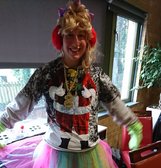 Woking were eager for a win against bottom of the league Oxford but spirits were dampened by the severe wet weather and an unfortunate controversial goal!

It was an evenly matched game but Oxford gained the upper hand in Woking’s defensive 25 gaining a number of short corners throughout the game. Woking defence led by Helen Stone and Lucy Burton Brown managed to keep Oxford at bay, helped by consecutive saves from Derman and two-line clearances by Gemma Nannery. The game remained at 0-0 at half time with some clear objectives given to the squad about reducing defensive errors and attacking Oxford's 25 yd area.

The second half produced some improved outletting, possessional play and connective play moving forward from Woking down the right, however the wind was taking out of the team when Oxford were awarded a controversial short corner and after Derman made two saves Oxford converted the rebound.

As in previous matches Woking worked extremely hard to try and get a point from the game with White, Smith, Blythe, O'brien, Holgate stepping up in the press and dominating the last 10 mins. However, with Oxford packing the defence and utilising slow play the score remained at 1-0 to Oxford.

Woking must take heart in an improved structure, good press and keeping the belief moving forward, the win will come. Special mention to Heather Jolly who stepped into the squad at short notice and embraced the squads principles and worked tirelessly.