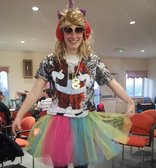 A Great Second Half Performance Provides Plenty of Positives

Coming off the back of a 1-0 loss to Oxford, Woking were determined to play hard and be more competitive in all areas of the game.

To help get everyone into the right head space and lift the spirits if the team, Gemma wrote an inspirational poem

East Grinstead showed themselves to be a well organised and skilful team, but Woking showed tremendous spirit and determination. For the first 15 minutes, the game appeared as though it would be a hard fought battle and that is what transpired for the rest of the game.

East Grinstead made the most of the speed and quick touches which resulted in a goal in the tenth minute. Despite, the early goal, Woking kept fighting hard with some brilliant passes from A to B and were able to penetrate East Grinstead’s D. Unfortunately their counter attack resulted in another goal in the fifteenth minute with a shot from the top of the D.

Woking continued to apply pressure, however East Grinstead made the most of their counter attacking speed scoring a further two goals in the first half.

In the second half Woking improved their full press and created a number of good attacking opportunities down the right hand side. There was a short corner with a direct shot from Paula which unfortunately was disallowed due to height. Woking kept pushing themselves and were unfortunate to receive a penalty corner against them which resulted in a last minute goal in the fifty second minute. The second half overall was a much more balanced game.

A big thank you to the last minute additions Ali and Nicola who had a great first game for the 1s.