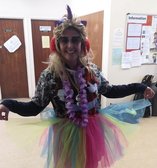 Tough draw to take as L1s throw away their lead

Man of the match - Mia Smith

Woking started strong and put pressure on Havant from the outset.

Swift passing from the midfield and some excellent link ups, Woking were immediately dominating. A high press from the forwards forced mistakes from the Havant defence and Woking won a short. A straight strike from Nicholas just slipped wide of the post. The Woking defence line easily handled any Havant attack, distributing turn overs out wide and linking well with the midfield. Slick transfers meant Woking were controlling the game.

Woking continued to push and Havant looked rattled. A turn over at the half way line by White led to a pass down the line to Blythe at the baseline, who won a short corner. Burton-Brown buried it from a top D slap, and Woking took the lead.

Woking continued to dominate the first half. A crash ball into the D took a deflection into the air, volleyed by Emes towards the goal, but saved by the Havant keeper.

As Havant defence attempted to transfer, Smith jumped on a mistake by the defender and stole the ball, cooly taking it around the keeper and slotting it into the back of the net on the reverse. Woking finished the second half 2-0 up.

Woking started the second half strong again, an attack led to a scramble in the D but without success.

An effective full press from Havant started to put pressure on the Woking defence. A series of attacks were held off until Woking conceded a short corner. A good deflection by Tyrell meant that Havant had got their first goal.

Havant had momentum, and continued to push forward. They broke forward, driving the baseline and crossing the ball across the goal, which was buried by Bateman - Woking had lost their lead.

As Havant continued to press, Woking struggled to get out of their half, until in the dying minutes of the game Nannery sent a fantastic ball down the left side of the pitch to Allcock. Allcock drove into the D and won a short corner. The full time whistle blew which meant this would be the last action of the match and the whole Woking side could push up.

A well rehearsed reverse slip left, by Nicholas to Burton-Brown, enabled Burton-Brown to get a clean shot away. The Havant keeper made a great save, but handed it straight back to Woking for a second shot, but it was saved again. The Havant defence fought hard and won the clearance.

Although this was not the result Woking wanted, there were plenty of positives to take from their performance going forward.