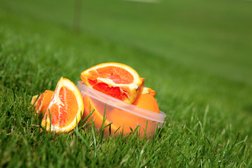 A Game of Two Halves

Only 1 point behind Havant, this was an important game for Woking in their attempts to avoid relegation. East Grinstead were 3rd in the table so it wasn't going to be an easy game for Woking. However Coach, Cheryl Campling, pointed out that East Grinstead’s results in the 2nd half the season have not been great so it was still a game for Woking to take on and go in with a fighting attitude.

Campling, decided to start with a 4-4-2 formation, not Woking’s usual starting system, but having beaten Trojans with this formation, Campling and the team were fairly confident. Aiming to protect the middle and attack wide.

Woking had the first push back and made a great start, attacking down the lines. However, they soon started to struggle connecting to the two forwards. East Grinstead started to play their game, passing quickly and using some of their particularly strong central midfield players. One is in the England set up, so Woking knew to mark her out of the game. Some quick passing led to several attacking plays.

Woking’s defence stood firm for nearly half an hour, thwarting EG’s attacks. EG started to get heavily frustrated. Woking made several attempts to get the ball into the D. But on the 28th minute an EG defender passed the ball out wide where their left defender made a quick pass to their midfielder, Autumn Bowden. Autumn proceeded to skillfully, dribble passed 3 Woking's defenders, into the D where she struck the ball straight into the back of the net.

Woking’s head's went down and after several short corners, 5 minutes from half time they scored a second. From a short corner the ball was pulled left, shot at goal, where Rosie Hope deflected it in.

At half time, Coach Campling stressed that it was crucial to get this game back and to at least get a draw of out. She pointed out that Woking were allowing EG to play their game too much and Woking were not putting enough pressure on them. She opted to change the system to a 4 - 3 - 3.

Immediately the change of system started taking effect with Woking piling the pressure onto EG. Centre Midfielder, Paula Nicholas, played a ball out wide towards the baseline which Hayley Blythe was able to pick up on the right hand side, drive the base line where she was able to connect with Mia Smith, who made a one touch slap straight into the back of EG’s goal.

Now 2-1 Woking were even closer to being back in the game. EG became more and more frustrated. This was a boost for Woking who fought to get another. With 3 players on the forward line to press, Woking were able to full press their 16 hit outs. EG took longer on the ball, struggling to find options .

Howgate was able to break down play putting pressure on their wingers. Woking battled hard to get 3 short corners, almost scoring from one as it was cleared off the line.

Although Woking were playing well East Grinstead also made some swift counter attacking opportunities resulting in short corners. The defence stood firm, Hannah Field’s fast paced running out to the top of the D was a big distraction for the opposition and they failed to score any more goals.

Nicholas made a great pass from the centre to Blyth at the top of the D where she was able to pass through defenders and take a shot at goal, as the keeper came out, Blythe tried to push it wide of the keeper and it just went inches wide of the goal.

Time sadly ran out and Woking didn’t get their draw.

Woking’s battle to remain in the league continues and now with only 2 matches left. Woking really have to go into both games with a must win attitude if they want to stay in the league and avoid play offs.