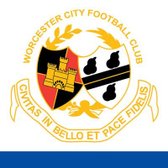 Board Of Directors Statement: League Allocation

The Football Club wishes to advise Supporters and Shareholders that due to the excessive costs attached to retaining National League North (Step 2) status, and despite a battle to the end of the season, a decision was made to resign from the National League. This decision was made collectively by the Board of Directors, with input from the management team, to ensure the future survival of the Football Club.

This season in particular has seen significant playing budgets being available to many other clubs at Step 2, making it an elite tier of non-league football with over-inflated player wages, and impossible for the Club to remain competitive whilst operating within its means.

The identification of a ground that is affordable and deliverable in the City of Worcester has been of the highest priority for the Directors of the Club over the past 3 years and a number of sites reviewed through the Council Working Party. With the continuing delays of the Perdiswell Project, both for Planning, but more importantly confirmation of a Land Transfer from the Council, the Board of Directors concluded that there was no alternative but to resign from the National League in order to give the Club the best possible chance of survival for forthcoming seasons.

The reason for the Club having sought to hold onto its Step 2 status had been to ensure that maximum available grants were available to support the building of a new ground in Worcester. However with the doubtful nature surrounding any Council land transfer at Perdiswell and the need to safeguard remaining funds towards a new ground, the Directors had no option other than to advise the FA and the League in accordance with the rules at the beginning of March of our intention to play at a lower level of football with a more sustainable playing budget. At this point immediate savings were made by moving on a number of the playing squad.

The Club made an application to the FA to cease being a member of the National League and be placed in a lower league for next season. The FA League Management Committee (LMC) has absolute discretion in terms of the Step at which it places a Club. Despite speculation, the Club were required to remain silent until the outcome was known. The LMC has now confirmed it has decided to place the Club at Step 5 of the National League System for season 2017/18, which is the Midland Football League Premier Division.

Playing at a lower level of football will enable the Club to operate a reduced playing budget to ensure that the Club’s remaining funds are protected to help support its return to Worcester at the earliest opportunity. It will also provide locally developed players with more chance of progressing and representing Worcester City Football Club. Regardless of the Step at which we were to be placed the new Management Team was set a playing budget for next season and it is intended to announce player news shortly.

We have sympathy with supporters who will be disappointed with this news, however this action is aimed at being a pragmatic and sensible approach to ensure the Club is given the best possible chance of survival until the goal of bringing the Football Club back to a new home in Worcester has been achieved.

The Board of Directors, Worcester City Football Club