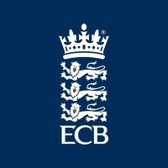 Could you go and play recreational cricket during the summer months? I suspect you will be able to, yes, I hope so.
Sir Jeremy Farrar, SAGE

As the Covid-19 graph starts to flatten, wider society is heading toward something closer to "normal". Non-essential shops are now open, and people are encouraged to get out and exercise as often as they would like. However, the plans for the restart of recreational cricket remain uncertain.

A potential July return for "grassroots and community sport" has been mooted by the secretary of state during his press briefing on 17th June. However, the ECB remain cautious with professional domestic cricket being suspended until 1st August at the earliest and recreational cricket suspended "until further notice". Is this a sensible approach, or does it portray a lack of attention to the recreational game, and a lack of ambition?

Member of the governments Scientific Advisory Group for Emegencies (SAGE), Professor Sir Jeremy Farrar has given more positive signals. Sir Jeremy stated in May, “If you take a cricket game and think sensibly, how can we still have a game which respects some of the physical distancing measures that make sense: hand-washing between overs, not spitting on the ball, using umpires from the teams to reduce the number of people, changing at home and going to the ground. You can think through a game from early in the morning to stumps and come up logically with a plan in the context of physical distancing which wouldn’t ruin the game. I think you could do that and have games potentially played in July and August".

Many have been supportive of the ECB, understanding that they are in a difficult position and having to follow government guidelines. More recently though, there has been criticism that the ECB have not pushed hard enough for a return, many frustrated to see Premier League football back on our screens, leading to the inevitable comments that "money talks".

Former England captain Michael Vaughan, has echoed the feelings of many cricketers, a June 16th Twitter Post stating:
"Shops now open ... People all over the place ... Yet recreational cricket still hasn’t been given the green light !!!!!! Come on @OliverDowden let’s get the game back up and running !! #Cricket".

Oliver Dowden's response?
"We're working on it! We’ve said early July at the earliest providing it can be done safely. @ECB_cricket are helping plan with govt & medical experts.

The question does remain though, how much focus is on cricket? The press briefing on 17th June by Dowden was very football-heavy as "the nation's sport", to the exclusion of other sports such as cricket. Football's premier league has clearly lobbied hard for a return, but has the ECB? Chief Exec Tom Harrison was quoted as saying "Government tells us when the time is right. It’s not yet, clearly. We’re not lobbying the government; we’re working with them.”

Michael Vaughan has similar concerns. "The frustration I have with cricket is there are a lot of people who care passionately about it but not willing to change. Too many have accepted we are going to lose the 2020 season. Well, we are not. We have lost half the season but we can save the rest. Get on with it.

Yes, a "5 stage plan" has been published by the ECB but there is no clear timescale - limiting the capability of clubs to plan ahead. Even if a return was agreed it would take weeks to actually "get a game on", with pitch and player preparations and league arrangements to be made.

So where does the ECB now stand? Whether or not it is correct that the ECB has lobbied hard enough remains a matter of opinion. The have released a recent statement, indicating that cricket remains at "Step 3" of their return roadmap. They have acknowledged the Secretary of State's indication of a July start for recreational cricket, while giving no official indication of a realistic start date - "suspended until further notice" remains.

Talk of a "July start" is all very well. But if we were to place a bet? An early August start is the likely best-case scenario at this point. We live in hope.

The Secretary of State's message on Tuesday evening outlined plans for earmarking an
early July date as being the earliest possible return for recreational cricket.
Last week ECB published their 5 Step Roadmap highlighting that currently the game is
in Step 3 of its return. The ECB will continue to work with and be led by UK Government
advice, only advising clubs move into step 4 when the Government allows and when it
is deemed medically safe to do so.

As cricket is a non-contact sport that involves individual disciplines within a team
environment, the ECB are optimistic that forms of the game can be played while
respecting social distancing. Step 4, Adapted Play, will allow for cricket to be played,
operating under Government rules and with modifications to the game to ensure the
safety and wellbeing of all involved.

It is ECB's ambition to deliver guidelines for a return to play as soon as possible after
the Government gives permission to proceed, but please note that given the importance
of ensuring cricket clubs and individuals are as safe as can be, this may take a few days
from any Government announcement.

Further detail on National Competitions and National Participation Programmes will be
shared with County Cricket Boards for onward distribution next week.
In preparation for further ECB announcements, Competition organisers across Counties
and Leagues are encouraged to begin considering how they will respond when the ECB
advises that we are able to move into Step 4 and whether local competitions are
feasible.