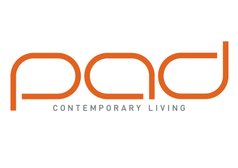 Following another win for the 1st XI v Blackpool, they remain top of Level 4, Group A table, the only unbeaten team in the group. However the 1st XI do not have a game this Satuday and so there is a chance to rest some key players. Last week's standout batsmen Marcus Webster is resting a sore leg, and a number of other players have aches and pains.

The second XI was not without its injury issues with Phil Lawton suffering a calf strain and Stu Walters battling through a thigh / hip injury. Jamie Hughes is still nursing his hamstring, although he was spotted at Wrea Green on Saturday supporting his team-mates.

Wyre II v Ingol II (Home - Cottam Hall)
Wyre face Ingol II in a bottom of the table clash - both teams having lost their first two games of this truncated season - albeit Ingol having faced a strong Kirkham and Wesham II in both games, losing by 29 runs in the first game, and losing by 7 wickets in the second game.

For Ingol, both Adam Smith, and Jonathan Goodin have starred with bat and ball so far this season, Adam scoring an unbeaten 56 in the first game of the season, carrying his bat through the entire innings. Wyre will look to their bowling attack to maintain their consistency and one or two selection changes (Joe Rawcliffe making a much-anticipated return, Simon Pollard bolstering the batting, and Neil Willetts picking up the 'keeping gloves again) will hopefully have a positive impact.

Thanks to the lovely Paula Baxter for your support! Go down and have a look at their showroom on Poulton Industrial Estate - They have some stunning furniture in there.