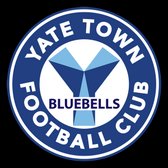 Paul Michael has resigned as manager with immediate effect.

Paul Michael has taken the difficult decision to move on from Yate Town after two seasons in charge. Paul came to the club late in the summer of 2020 and very quickly built a squad in the short time available before the season start. Due to COVID that season was curtailed so it wasn’t until 21/22 that he was able to fully demonstrate his quality and this year he has successfully delivered beyond the priorities he was given at the start of his tenure, that was to consolidate our standing in the Southern Premier League and be successful in the FA Cup. When Paul indicated that he was considering moving on the Chairman and Director of Football worked hard to keep him at the club but despite their significant efforts we must respect his decision.

As a club we must also recognise the commitment that Paul and his family have shown in becoming true Bluebells and fully supporting the club. The two hour round trips between his home and Yate on top of training, match days and meetings all add to the demands on him and his family personally. We wish him and his family well with his new adventure and thank you for the ride in what has been a very memorable season for the club and our supporters.

In a statement to the club Paul said "Thank you to all the bluebells Directors, Officials and supporters for your support over the season, it’s been an absolute pleasure to manage Yate Town Football Club. I am incredibly proud to have been the manager of this football club for two seasons, albeit with one curtailed very early on due to the pandemic. I’d like to thank Colin Pick and Richard Thompson for putting their faith in me, making the appointment in the summer of 2020 and for their support ever since.

I’d like to thank all the staff that I have been fortunate to work with over that period, you have created an environment that has allowed players and our team to thrive, Gary, Kev, Dan, Fleets & Smudge, thank you.

To every single player who has worn the Yate Town jersey during my tenure I am humbled that you chose to play your football with us. Without your dedication, sacrifice, commitment and quality we wouldn’t have even got a team on the pitch at this level let alone finish 7th with a 50% league win ratio, reach the 1st round of the FA Cup and be crowned Gloucestershire Senior Cup champions. Thank you. I hope that you will look back on this period in your careers fondly in the future.

This decision has not been an easy one. Not least due to all the kindness shown by so many behind the scenes and due to all the personal bonds that I and my family have formed with so many good people. I will look back on this period with pride and I hope you will the same. But, I am a proud valley boy with a young family. It’s time for me to go home after years of travelling for the love of this beautiful game.