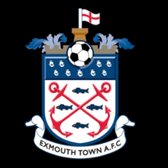 The Bluebells face an F.A. Cup Preliminary Round replay.

Yate face a difficult trip to Devon on September 3rd for a replay against a well-drilled and hard-working Exmouth side who led in the game on two occasions, writes John Davis.

Despite their late arrival the visitors almost made a dream start after two minutes when Ace High was left free in the box and Jack Twyman had to scramble back to clear his shot off the line.

The home side looked tentative and it was no surprise when Exmouth eventually went in front. Yate failed to clear a corner and when the ball fell to Aaron Denny his shot at goal took a wicked deflection off a defender, wrong-footing goalkeeper Adam Forster.

Forster then did well to save from Jordan Harris before, at the other end, James Ollis almost worked a shooting chance on the edge of the box and Jake Lee had a header held by Chris Wright.

The equaliser came ten minutes before the break, Ollie Mehew finding space on the near post before pushing the ball under Wright following some good approach play by Nick Peare and Ollis.

Yate had the greater share of the possession during the second half but, after gifting the visitors a second goal, often over complicated the build-up play and rarely looked really capable of breaking down a resolute defence.

Exmouth's second goal came on 67 minutes. Forster came out of his area to collect a loose ball but was quickly robbed by the alert Harris who motored down the right before steering the ball into an unguarded net.

Yate rallied to draw level when Mehew drilled in his second goal of the game ten minutes from the end but despite late chances falling to Mike Bryant and Ollis, Exmouth deservedly held out to take the tie to a second meeting.

Its back to league action now, with the trip to Salisbury on Bank Holiday Monday followed by the home game against Hendon on Saturday.