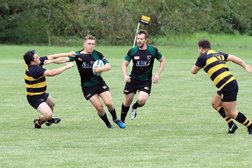 With both sides seeking to dominate their opponents, and make a statement in the opening game of the season, this was always going to be a close contest.
So it was as Avon who opened their account with a successful penalty when Yatton were penalised for a high tackle, but Yatton responded likewise with Mike Gane, bisecting the posts when Avon were caught offside.
The game ebbed and flowed with both defences resolute in defending their lines. Avon conceded a penalty as Yatton turned on the power in the tight, but the penalty goal was missed. A chink of light appeared when the Yatton back row clicked and Dan Williams, closely supported by Charlie Weymss carved through the midfield only to see the attack snuffed out by resolute Avon defence. Both sides conceded penalties as mistakes were being made under pressure. Noticeable was debutante second row Steve Gray, who made a fine run through the midfield; full back Chris Quinn with his runs from deep and accurate kicks to touch and the ever present Dan Williams who in the last attack of the first half, mesmerised the home defence, and with his turn of speed, ran away from his support, got tackled, went to ground, and penalised for holding on. 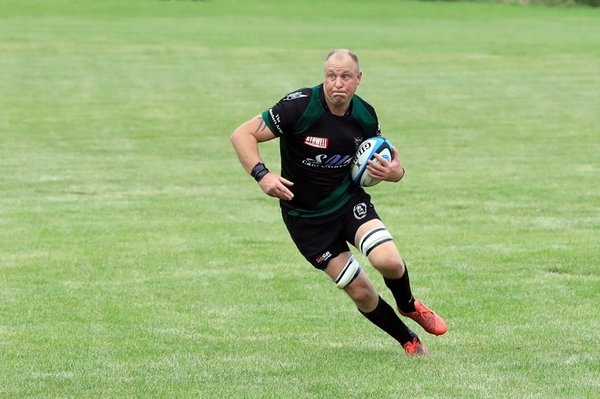 Not the most entertaining first half, but with both defences on top, a penalty each and all to play for.
The mid field tussle continued in the second half with both sides probing each other with short stabbing runs as each side sought to gain the ascendency. Most noticeable was the amount of injury time as the commitment takes its toll on both sides, but from the base of a Yatton scrum, a rare, but timely break by outside half Mike Gane, completely baffled the Avon defence and with Ben Bowyer on his shoulder, the try under the posts was a formality with Mike Gane adding the extras.
Avon respond strongly, but Yatton hold their nerve and strengthened their resolve with three timely substitutions. Dan Williams makes another fine break, but Yatton are penalised and Avon kick for the corner; the resultant lineout see Avon crash over for a well deserved try. The extras are not added, so Yatton have a slender two point lead. Avon 8 Yatton 10.
Within minutes, Avon turn the screw again as another penalty is awarded against Yatton. Avon opt for the lineout in the corner and the extra physicallity of the pack secure another five points for the Home Team.
The conversion is missed, but with the final whistle looming, Avon are sensing a hard fought victory with a celebration drink in the bar.
Yatton had other ideas.
With the clock winding down, it is Avon's turn to buckle under Yatton pressure. Likewise they are penalised and in a copy cat version of Avon's last try, it is Yatton that kick for the corner, secure the line out, and this time it is the Yatton pack who drive over the line with Charlie Harrison adding the extras.
A tough opening game for both sides, but Yatton fully deserved their victory as their skills and never say die attitude came to the fore in the closing moments of the game. 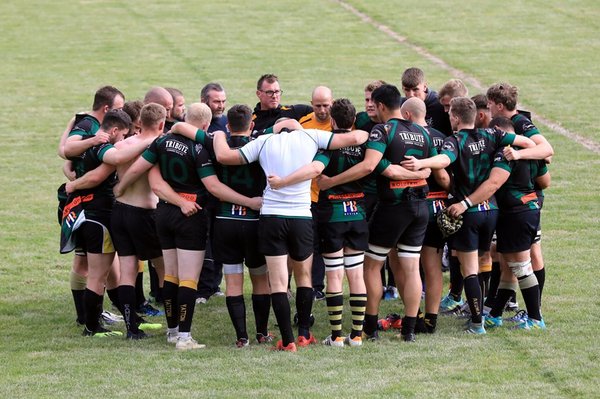