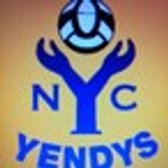 Straight out of the blocks!

Straight out of the blocks!

A really satisfying win against last years division one champions. Despite being the first game of the season, with new faces and unfamiliar combinations, Yendys A started strongly, moving seven goals ahead at the end of Q1. The opposition unsurprisingly upped their game, as you would expect from a team who won the league last year. The next 2 quarters were even, however Yendys took the match away again in the final quarter increasing the lead to 13. The final score was 34 goals to 21. Some really excellent play, Great reading of the game by the defence, quick fluid transitions in attack and good movement and taking of chances in and around the circle. Coaches POMs Elise Brewer and Katie Jones. Great work from the whole squad ??