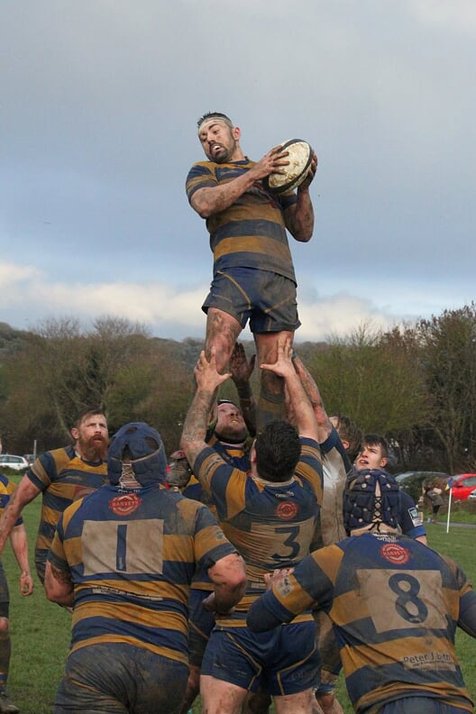 Seasiders Win At 'The Vale'

Good Day At 'The Vale'

Seasiders Win At 'The Vale'

Clevedon returned to winning ways with a welcome 5 league points in a much improved display. On a cold damp day the seasiders started in determined fashion controlling proceedings and putting their guests under pressure. The first period saw Clevedon making in roads into Richians half creating chances but trying to force the pass and careless offloads denied them, their heads did not drop and they were rewarded when the evergreen Tommy Thie finished off a period of possession to score under the posts, converted by Jordan Mein, 7-0. Back came Richians building phases in the Clevedon half but they were met with a strong defence led by Rusty O'Brien and Rudolf Hervey who forced themselves onto the defenders and went in hard at very opportunity. The seasiders set piece functioned well and the backrow of Biggins, Russell and Ford were a constant threat at the breakdown and on the 50th minute were rewarded with a penalty converted by Mein for 10-0. The rest of the half saw Clevedon in control but unable to increase their lead.
The second half saw Clevedon under pressure early on with dropped balls in their own redzone and failing to clear their lines but once again they stay composed and worked their way back up the field and after some good forward work Owen Biggins penetrated the Richians defence and powered his way over the line to score a try, converted by Mein, 17-0.Richians heads never dropped and they answered almost immediately with a well worked converted try of their own 17-7. With 20 minutes left the next score would be crucial and it was Clevedon who pounced, when a ball was turned over in the seasiders half produced some fine offloading which saw some swift handling resulting in Woody Jordan scoring outwide for 22-7. With minutes left a break deep in the Clevedon half saw centre Adam Coles sprint a full 60 metres to touch down, converted by Mein to seal the victory 29-7.

Head Coach Norris Hill commented it was good to get back to winning ways the lads have worked hard in the week and were rewarded with their efforts today. Next Saturday Stroud away coach leaves 11.30