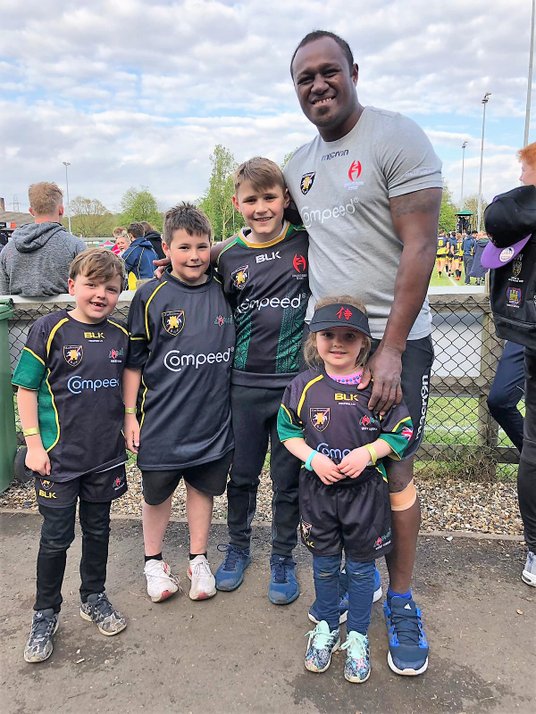 A full on weekend of rugby

Last weekend (4th & 5th May), both of the Marlborough Sevens sides were in action. On Saturday it was the turn of Marlborough Compeed Academy 7s Team who were competing in the Middlesex 7s Tournament, in Richmond. The boys did really well to reach the quarter finals only to be denied by Student Select 31 – Marlborough 21. There were a lot of positives to take away, one of which was that our tent was the only one full of youngsters wanting autographs; top of their list, of course it could only be Pio Tuwai.

Next, the boys moved onto Bury St Edmunds for the start of the Super Seven Series. All the boys were looking very smart in their Compeed sponsored kit. A strong team which included Pio Tuwai and Alivereti Veitokani (current London Irish player,) whose main role was to help bolster morale and provide a bit of experience for the boys first ever GB Super Sevens Series tournament.

The first pool game was against Stunts which Marlborough comfortably won 32 – 14. Next, it was the Rambling Jesters who stormed away with the win 31 - ,14 not great but still early. The third pool match was against Samurai Academy who beat us 33 -14, even so Marlborough Compeed 7s were through to the Plate Semi Final where they were up against Student Select, unfortunately that was the end of the story for that day, Marlborough lost 21 – 33.

Though this was not the result that the boys wanted, but history was created for the team as a whole, this was a great opportunity for the younger talented players and Marlborough is looking good for the future of Rugby development in both the 7s and 15s explained a very positive 7s Manager Autikp Domonakibau.

The next tournament will be on Saturday 18th May when Marlborough Compeed Academy 7s team travels to Guildford Rugby Club for UR7s. So, with a brief rest and then back to the training schedule as organised by Moree Nailago; roll on the 18th!