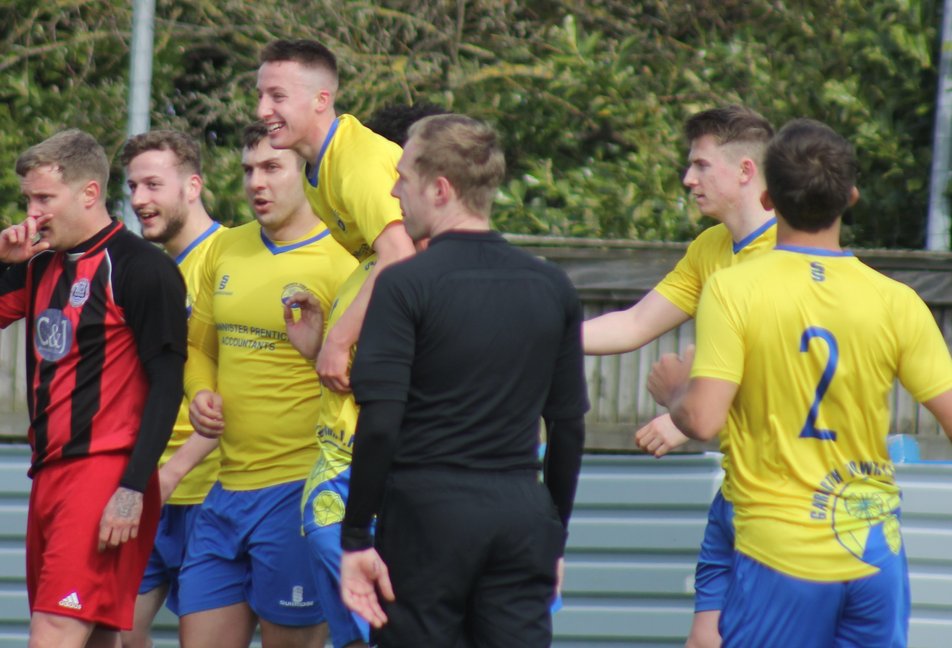 Garforth scored in each half through goals from Sam Barker and Joe Colley to beat relegation threatened Goole.

The visitors had early chances, but a sweet right-footed strike from Barker on twenty one minutes put Garforth in control.
A couple of defensive lapses almost gifted Goole a way back, but Toby Wells was on hand to keep the Miners in front going into the break.

A spell of pressure from Town ended with Joe Colley putting Garforth into an unassailable lead with a diving header on seventy one minutes.

The result puts Garforth back on track to finish the season strongly, while Goole still have a three-way battle with Harrogate Railway and Hall Road Rangers to avoid the drop.

Garforth are back in action on Tuesday (16th April) in our last home game of the season vs Bottesford. kick-off is 7.45pm