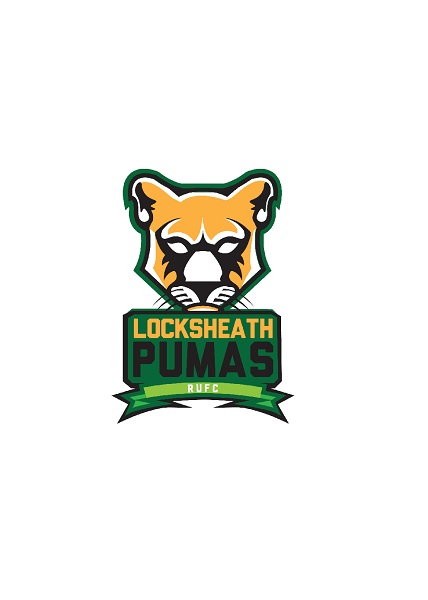 A Sticky muddy pitch following the previous nights heavy rain greeted both teams in what was to be a tough physical tussle for very important league points. Locksheath knowing that they are going to be the team to beat this year warmed up well with Al Palmer. Assisting today were Coaches Kent Streek (with a fixed new neck) and lineout guru Tom o’Grady who is due for razors for Christmas.

Fawley who had had 5 close games this year looked sharp in the warm up kicked off with a quick passage of play led to a break for Nick Destefano with a quick change of direction a younger man would be proud of offloaded to Gus Flack to tear down the wing and score. The conversion was slotted just off the touchline by rapidly improving full back Robbie Connell who did well to ignore the comments about his bad hair from the touchline. 7-0.

A focused and calm Pumas again went through the phases well to break through Fawleys line and Gus Flack again was on end of 8 quick passes to the wing to score again. Sideline hair criticisms forced Robbie Connell to badly miss the conversion. 12-0

From the resart Fawley looked to gain a foothold on the game and after a Puma error the resulting maul went marching down the field to score the visitors first points. Conversion missed.

Fawley started to get into the game with both teams upping the physical breakdowns and aggression to hang onto the ball. Veteran Lee Giles getting on the end of his first smack to the head of the day. A quick mirror check and he was good to carry on.

25 Minutes on the clock and a great scrum giving Pumas the front foot unleashed the backs with captain Joel Stocker offloading to a full speed Robson Kashora crashed through the defense to score a fantastic try. Conversion missed 17-5.

Second half led to a series of very scrappy rugby with both teams doing their best to let multiple chances go begging. Lee Giles took a second blow to his face and with a photo-changing crack of the nose he was off followed swiftly by Jake Crook with an injury to his ankle. Sam Floyd and Chris Kitson were everywhere interrupting Fawleys backline and Robbie English putting the best of the crunching if not slightly late tackle of the day.

Subs on and the game went into more tit for tat rallies that led to Fawley going into the corner for a try. Unlucky for Chris Kitson who bravely got underneath the try scorer. Conversion slotted 17-12.

The final nerve racking few minutes tested Locksheaths defense multiple times with only a score in it the Pumas held on for the final play the ball sniped by James (Kung Fu) Campbell showing what it meant to win 5 from 5.

Big games today from stand in hooker utility all rounder Paul Price, Steve White, Sam Floyd, Chris Kitson, Nick Destefano and Joel Stocker.
Man of the match was Gus Flack, DOTD was Team Manager Shaun Annear who organised a great team lineup squad photo at the other end of the pitch only to realize that his phone had gone flat once everyone was smiling.

It was not pretty but the boys did themselves proud. Thoughts now turn to the rest of the season with Pumas now top of the league with a game in hand now need the focus of the entire squad to up the intensity and availability to finish the season in style.