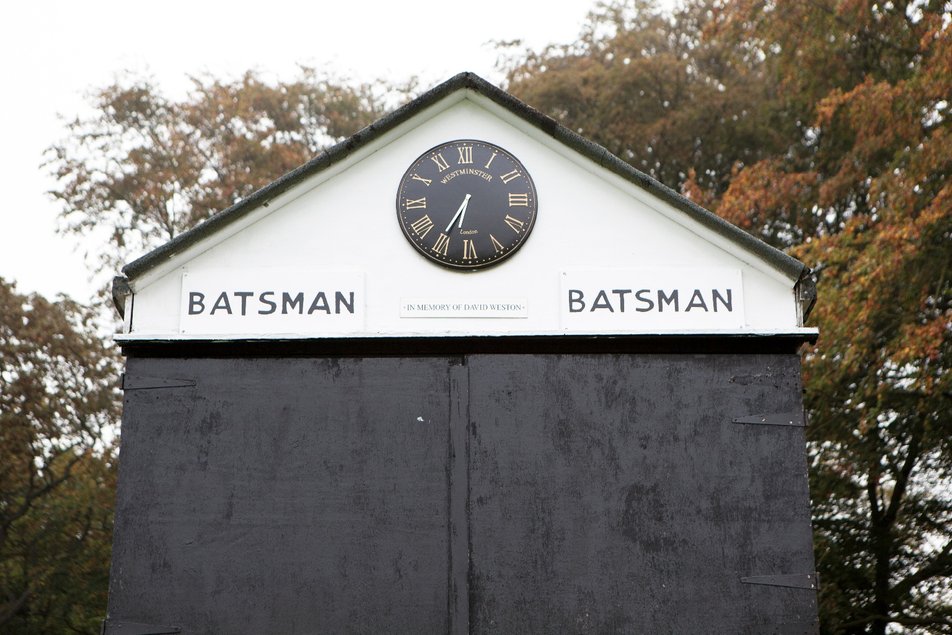 Quatt went into the game with 6 different faces from last week, giving 2 nd team debuts to Steve Taylerson, Ben Green and Simon Summers. After lots of ‘weather forecast’s’ watching this week, we were greeted by a lovely morning of Sunshine at the Quatt oval on Saturday morning, however 30mins before the start we were subjected to a Heavy downpour of Hail, followed by some pretty impressive rain. Both captains with assistance from Wellington umpire Alan Denver took a common sense approach and decided that as we were there, we may as well get a game of cricket in.

The Wellington captain called incorrectly, and Quatt captain Terry Cowburn offered Wellington first go on a lovely looking dry track prepared by the Quatt groundstaff. Messers Keeble and Brasenhall opened the batting for Wellington, the latter scoring pretty quickly albeit all off the edges early on. Danny Hall got the early breakthrough, and Quatts Mr Dependable, shortened his run up and put the ball on the spot consistently. Cowburn was replaced by the Pick of the Quatt Bowlers, Jordi Matthews who dismissed the dangerously looking Newbold infront and bowled 9 overs for less than 3 an over. West Indian Fred Forrester was struggling to get to grips of the Cold, but showed some promise with the ball, he eventually got Griffiths caught at deep long off after offering the Quatt team a total of 7 chances beforehand, despite the lives, he hit the ball cleanly, and kept chancing his arm, a match defining innings in the end. The Welly captain Topper, held his end up well, didn’t take any risks, until his running accounted to the run out of Dan Pitchford for a usefull 17 by Steve Taylerson on his debut. Simon Summers on his Quatt 2’s debut, bowled well at the death which saw him get his first 2 nd Team wicket, and was a tad unlucky not to pick up another couple. Wellington finished on 126 for 7 off 35 overs, if Quatt had taken their chances, could have been a fair bit lower. Saying that, the Ground fielding by Quatt was solid, the pick being Taylerson, Green and Lloyd who were constantly tested didn’t put a foot wrong.

After a cracking Cricket Tea by Mrs Cottham and her team, which including a fantastic Chicken Curry, Quatt set about the task of overhauling the 127 set to win by Wellington. Lloyd and Cowburn set off well, and when the 1 st wicket fell of Cowburn were already on 19 off 2 overs. Ian Biddle set about Anchoring the innings, however he saw Lloyd, Hakeman and Hall fall in a flurry. Biddle fell LBW and Quatt were languishing on 67-6 after only 16 overs. Summers and Forrester hung around for a while, however it was Stephen Taylerson who anchored the team to a losing draw helped by Jenny Cottam, and Jordi Matthews. The latter with Taylerson saw out the last 8 overs to get us past the 100 run mark and the 101 target to achieve a 80% target of Wellingtons Target. The Final points split was Wellington 13 to Quatts 7 and was a fair reflection of the game played, and if anything was a little harsh on Wellington, who probably deserved more from the game.

If Quatt have any aspirations of finishing higher than their record finish last season, they will have to perform better than that, it’s a game that was blighted by dropped catches and Rash shots. The Quatt top 6 will know if one of them batted through, we would of probably won the game. That said, there were some good positives, and the game was played in great spirit. Big thank you to Alan Denver of Wellington for umpiring the game impeccably, and for letting common sense prevail to get a game on. The Quatt Man of the Match went to Jordi Matthews for her excellent spell of bowling and excellent ‘Rear Guard’ action to see us home to a losing draw.

Matthew Armstrong
Did Not Bat

Other Reserve Divison One results