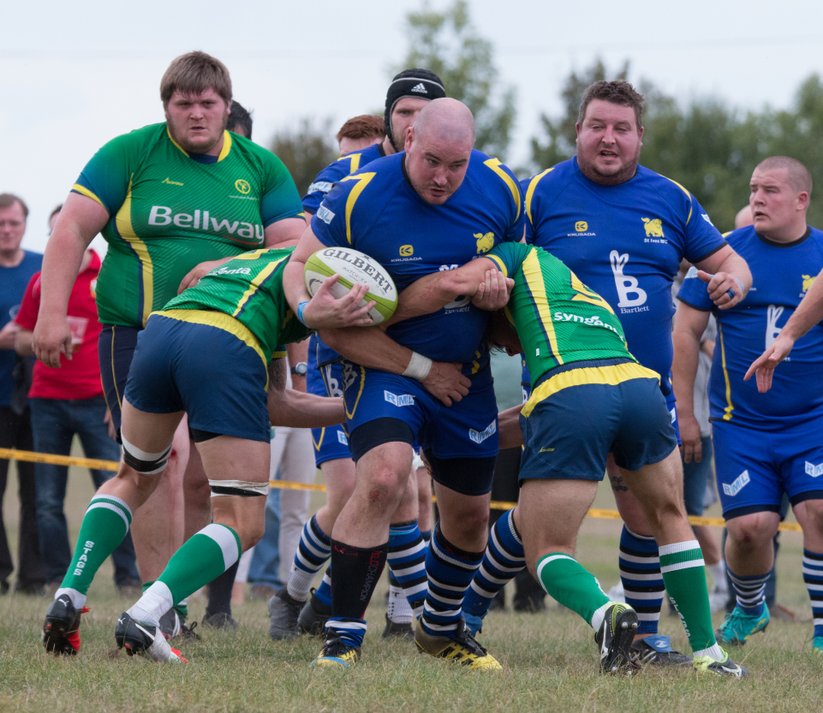 Emphatic victory for the Bulls in local derby

It was a day of great pride for the St. Ives faithful. Fielding three senior teams for the first time in over a decade is something that many at the Club have worked towards for a long while. Whilst the results of the 2nd and 3rd XVs may have gone against them, Chairman Mark Smy was delighted with the showing. “It’s up there with winning the Rugby Club of the Year Award and is a fantastic step, illustrating the progress we’ve made.”
Recognising the attraction of the 1st XV derby against Huntingdon, both games had been played early enabling players to bolster the many hundred strong crowd in attendance for the eagerly awaited 1st XV match. Not since the inception of the league system in the late eighties (when the two sides played out a low scoring draw) had the teams met in the league. There was some anxiety on display in the opening exchanges as the raucous support for both teams made itself heard.
It was Ives that found their rhythm first and pressured Huntingdon into a mistake. A lazy runner gifted a penalty which Paul Ashbridge coolly converted.
From the kick off, Ives settled into their patterns and caused the Huntingdon defence problems. In what was to become a feature of the game, Duncan Williams was making an extreme nuisance of himself, bulldozing over the gain line leaving defenders in his wake. Slick handling by the Bulls saw skipper Ollie Bartlett break through to score on the wide left.
The Ives pack, anchored by the returning new Dad Josh Dear, was beginning to dominate the scrum. Even on their own ball, Huntingdon were having to rush to clear their lines. A kick over was whipped across the park by Ives. Will Nelson made a scorching break midfield and after a couple of passes, the supporting John Naylor crossed for a try.
A couple of soft penalties gave Huntingdon field position. From the lineout, a well worked maul and supporting play saw them over in the corner.
Until the half hour, the exchanges were evenly fought. The Stags tested the Ives defence where back rowers Chris Williams, Bartlett and Josh Meadows and Matt Wood were frequently called into action. Suddenly, Ives clicked to score four fine tries in 12 minutes.
A lineout from a penalty to the corner was swiftly transferred to the back of the well-set maul for Duncan Williams to break and crash over.
With the game swiftly getting away from them, Huntingdon gamely attacked from all quarters. But, their scrum could not cope with the increasingly confident Ives pack. A scrum turnover saw Mickey Drake receive the ball against a disorganised defence and he darted through to score from 40 metres out for the bonus point try.
Shortly after, good work over the ball by Dave Sharp won a turnover just inside the Huntingdon half. With excellent support play, the ball was transferred through numerous hands, finally reaching tommy newman who was not to be denied this week and crashed over to complete a fine team score.
With half time about to be called, the Bulls were in no mood to rest. From their own half, they moved the ball well, finally working the opportunity out wide. Running in the 5-metre channel and with players still to beat, sparkling footwork by Albiee Tayedzerwa saw him skip down the touchline to round them all and score under the posts.
With 5 conversions added by Ashbridge, the half time score was 5-43.
With the big lead, it was perhaps to be expected that Ives intensity dropped a little in the second half. Now facing the wind, they had to defend for the entire third quarter as Huntingdon fought to gain a foothold. Ives could not keep hold of possession and Stags battered the defence.
The returning Gabriel Edwards was having a big impact in both defence and with the ball.
With Huntingdon choosing to run the ball wider, opportunities arose for them, but last-ditch defence by Jack Blackley and George Peacock kept them out.
As the game entered the last quarter, a superb line by Edwards running on to a pin point pass saw him breach the home defence. Ives support swept upfield for a rare sortie into the Stags’ half. Conceding a penalty in front of the posts, Stags were unable to prevent the surging Ives pack. Bartlett was the man to finally touch down for his second.
Huntingdon continued to attack, but their scrum problems continued as Dan Hyde joined the fray and Ives stranglehold on that restart continued.
With the clock clicking into red, Huntingdon had one last attack. Spreading the ball wide and with an overlap within 5 metres of the Ives line, the consolation score was denied when Jonny Young intercepted the final pass and dashed upfield. The ever-ready Bartlett hared after him in support. A neat offload by Young left Bartlett 60 metres to sprint to complete a well-deserved hat trick.
He was overjoyed at the whistle. “We have waited a long time for this game and right now this is the best feeling. From 1 to 18 the team was tremendous. Even when we went a bit off the boil, we can still be happy that we kept them scoreless in the second half. I am very proud of the boys.” 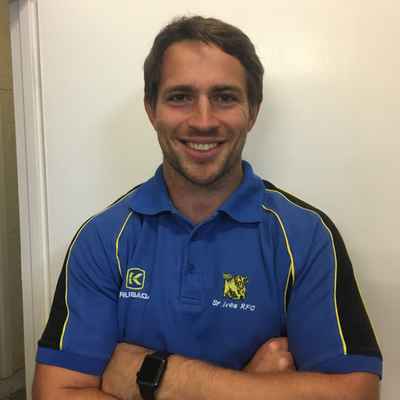 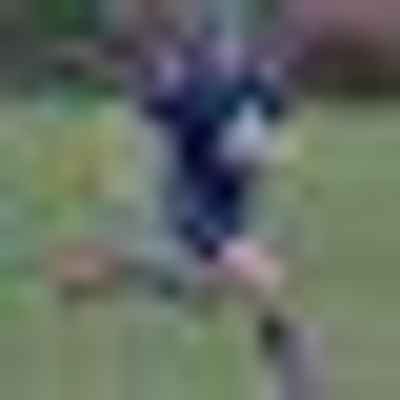 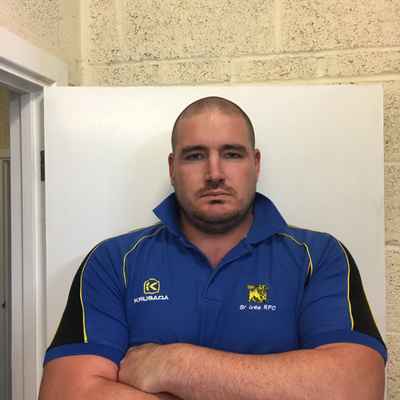 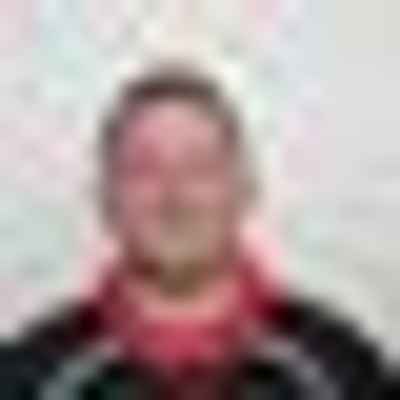 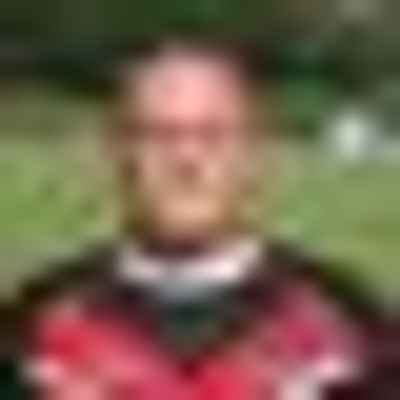 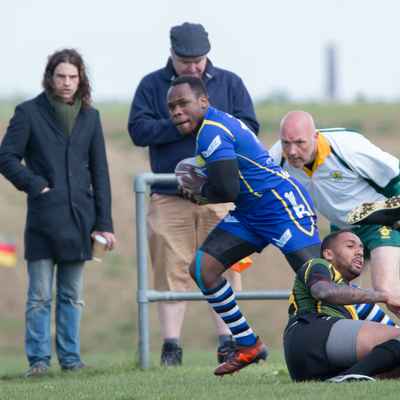 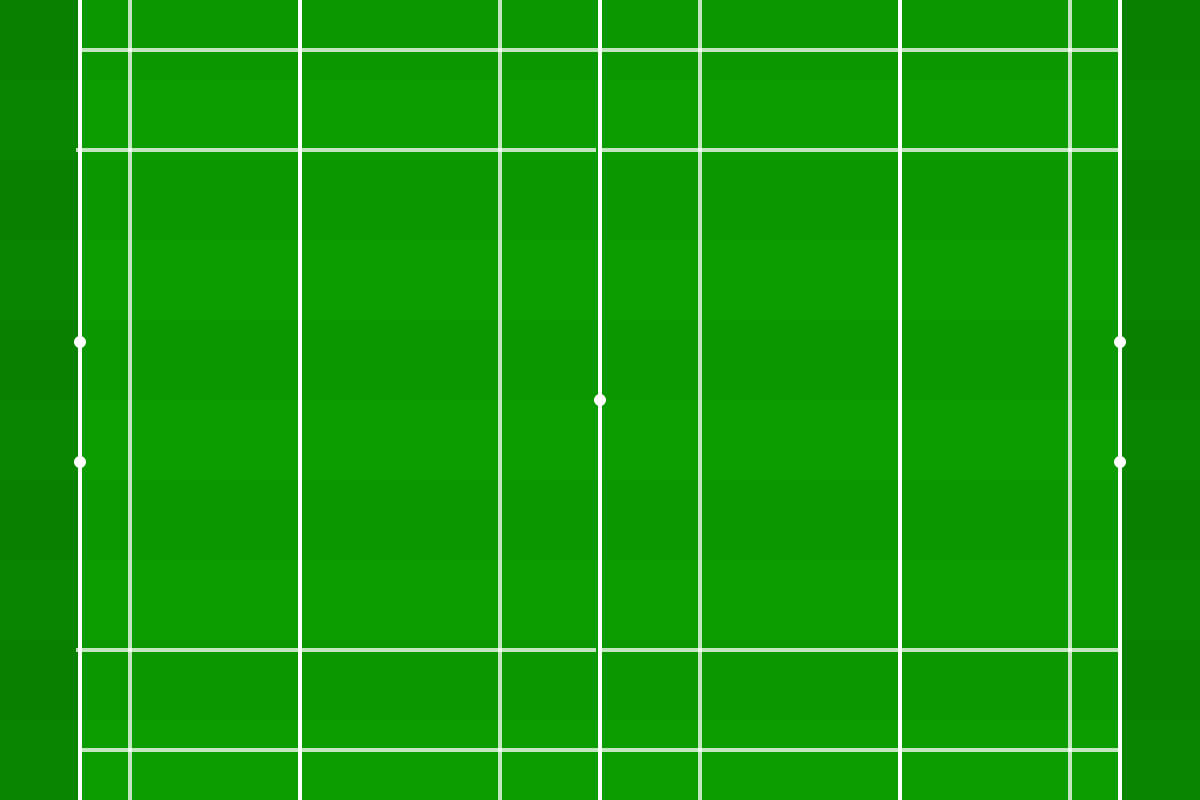