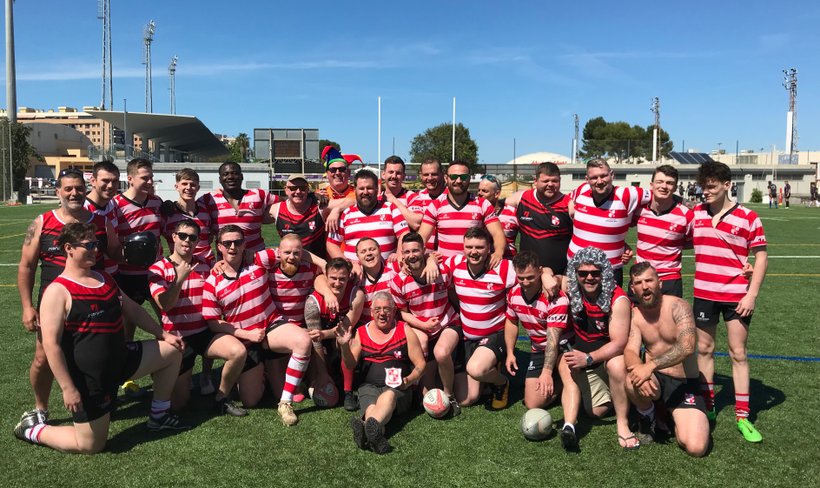 EARLSDON FINISH THE SEASON WITH A BANG !

Two days after Earlsdon won the Warks Shield for the third season running, the lads flew to Benidorm for their 2019 tour.
Despite the flight being delayed for over 2 hours the lads left in good spirit.
On the Saturday, Earlsdon travelled to Valencia to play Gandia RFC .
Despite the hot weather, 4G pitch and the beers from the night before the lads performed well, all of the 28 players got good game time and both teams played well.
Earlsdon, led by guest Captain Dale Bowyer, eventually won by 39 points to 34.
The hosts families made us a fantastic Spanish meal for after the game and supplied us with copious amounts of beer.

It was a great day and I would advise any team traveling to Spain to play Gandia RFC , top hosts !
Enjoy your summer off lads and we will see you at Pre season training in June.