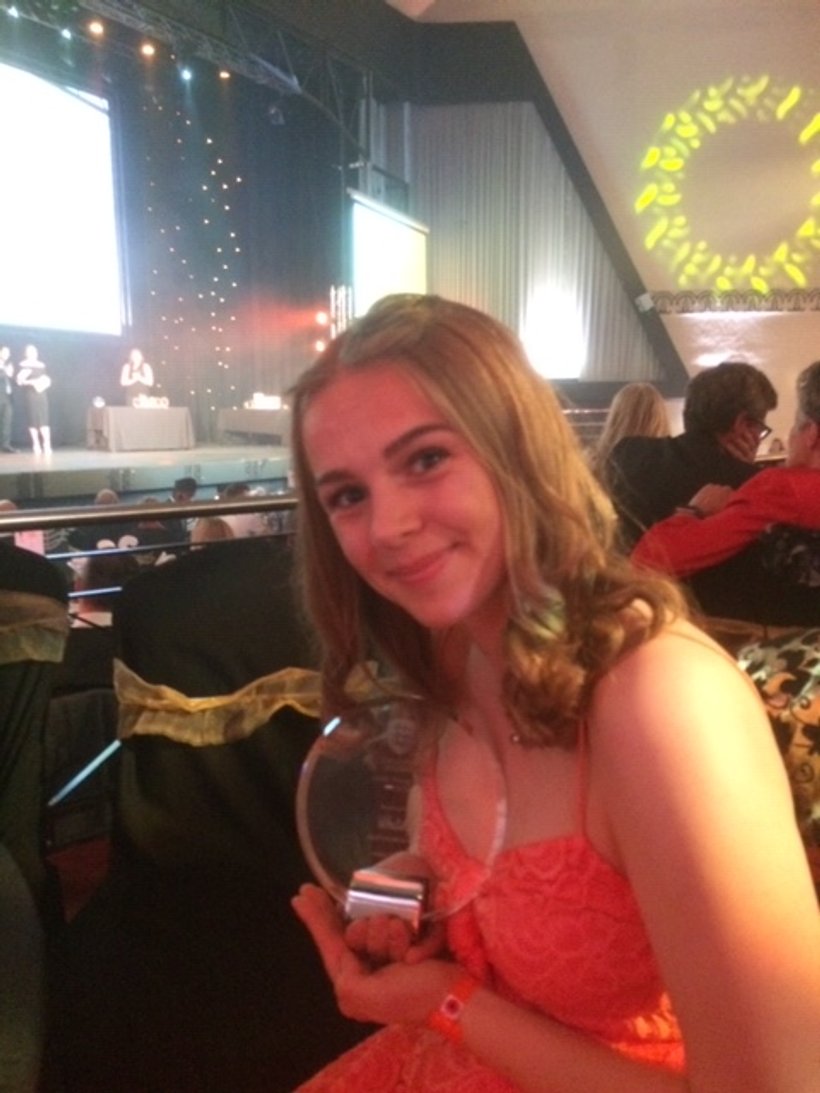 We are super proud that this weekend Helen won the England Hockey Rising Star Award – she was short listed earlier in the year and attended the EH awards ceremony with family where she was announced as the winner.  Helen’s nomination is below:

Helen is a highly capable player (a member of the Marlow U18 side which this season reached the EH U18 Indoor Championship finals), an excellent L1 umpire (regularly umpiring for Marlow senior teams), and a successful lead coach for one of Marlow’s U14 girls’ teams. Above all, Helen is an outstanding and highly popular young leader, inspiring others to follow her example; her maturity and sense of responsibility really set her apart. She began volunteering at the club’s mini-hockey sessions when she was 14. At 16, she ran the U10 squad, moving on the following year to coach the U12’s, who showed their affection for Helen by supporting her enthusiastically as a player at her own regional finals. Helen attends Great Marlow School, a non-selective state school which has had success at County and Regional level. She has committed to her own development by attending numerous courses including Engaging Games for Children, and EH Introduction to Coaching, and has been instrumental in running Marlow’s Young Leader programme.

This website is part of the Pitchero Hockey network. Create your own free Hockey club website with Pitchero.