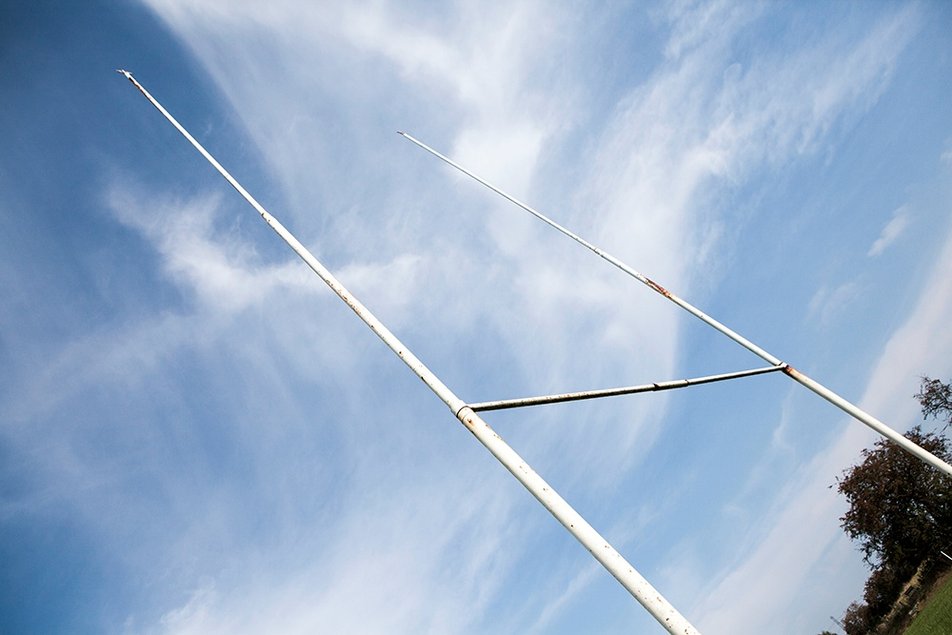 Its the Bailey and Smith show as Ashbourne 3rd XV get their first league win of the season.

It was the first home league fixture of the season for Ashbourne 3rd XV with Mansfield 2nd XV coming to the Rec on Saturday. After last weekend’s defeat to Dronfield, Ashbourne really needed to get some points on the board in the league.

Ashbourne started with a strong, youthful yet experienced line up, with the return of Captain Scott Smith and Lee Bradshaw back in at Fly half the back line looked to be in good shape. The Visitors had the larger set of forwards and started the game well winning the opening scrums and looking dominant up front. An early penalty conceded by Ashbourne resulted in Mansfield taking the points to lead 3-0 with 5 minutes gone. Ashbourne always felt that the larger Mansfield forwards would eventually run out of steam and 15 minutes in, the Ashbourne forwards took advantage of some good turnover work by Holdsworth to score the first try of the day with Scott Smith going over in the corner after a series of good phases of play. A nice return for the skipper.

The game was set up to be a brutal encounter with some big hit being made by both teams and some strong forward runs by Stewart Bailey and Elliot. The Back Row of Sellers, Holdsworth and Jackson started to make breaks forward and it felt like it was only a matter of time before another try would be scored. It was, this time some exceptional running from Holdsworth and his offload in the tackle allowed Liam Jackson to score just to the left of the posts. Converted by veteran scrum half Jason Rowland.

Ashbourne’s backs hadn’t really had the opportunity to get into the game as of yet, but that soon changed with Bradshaw and Bembridge starting to dictate the tempo of play allowing the talented young Josh Bailey to find space. It was winger Jake Smith who soon added to the home teams score with a well worked set piece from a line out in the away teams 22. Smith broke through the defence with ease and scored under the posts. Just the first example of what would turn out to be a very fruitful afternoon for the winger.

This however only spurred the visitors on; they scored only a minute after the restart and also converted the try. The half time score 19-10 to the home side.

Two changes were made at half time with Sam Fryer coming on for Scott Smith and Liam Bailey replacing Stewart Bailey. Liam made an instant impact scoring a try within the first 5 minutes of the half starting. The young forward has been enjoying his rugby this season for the 2nd XV and recently made his first team debut. With the visiting team tiring and losing confidence it was time for the speeding winger Jake Smith to take centre stage. After some outstanding play by the front three Torr, Woodroffe and Redfern the ball was worked down the line for Smith to receive it in his own 22 on the left wing, it was like the parting of the Red Sea, there was nothing that Mansfield could throw at him that would stop him from scoring. He must have covered almost 100 meters by the time he crossed the line in the far right corner, side stepping his way through the team. Converted by Rowland.

It was turning into the Bailey and Smith show now with Liam powering over for his second try of the half. Another impressive and powerful run, with the Mansfield back line being bowled over like skittles. Young Josh Bailey still had time to get in on the action with an impressive break from deep inside his own half, he showed great strength and speed to guide his way through the oncoming defence. It was another complete performance by the young 13 who is constantly staking a claim for a call up into Glyn Sellers 2nd XV.

Ashbourne’s rugby only got better as the half went on and a great break by Bembridge and a tactical grubber kick down the line allowed Sam ‘Chicken Pig’ Fryer to score the next try of the game.

With the game now out of site Ashbourne made several changes bringing Sam Egan on to replace Sellers and Nat Fryer on to replace the outstanding vice Captain Steve Bembridge who along with Bradshaw orchestrated Ashbourne’s backs moves with real confidence.
Ashbourne could and probably should have scored more tries as the away team tired with Nat Fryer going close. There was still enough time for lightening quick winger Jake Smith to complete his hat-trick with a delightful break through the away team’s centres scoring under the posts.

All in all a very good day for the 3rd XV in what has proved to be a tough start to the season. Although he didn’t score today the Man of the Match award went to Jack Holdsworth who had an exceptional game at 7.

Ashbourne 3rd XV’s next league fixture will be on the 29th October at home to Matlock 2nd XV, a tough test for the team but after this performance anything is possible.